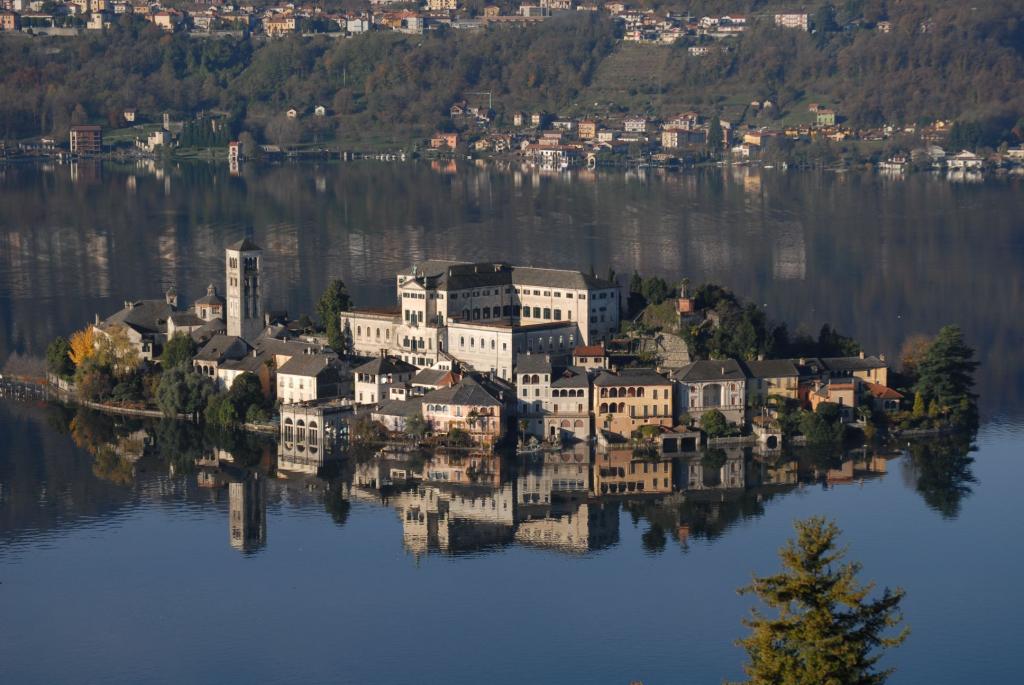 The route starts from Gozzano, near the area of the Bemberg company where you will find a convenient car park. Set off toward Pogno and la Valsesia, but at the roundabout turn right in direction of San Maurizio d'Opaglio.
After San Maurizio continue toward Alzo di Pella. At the roundabout beneath the cliff of the Madonna del Sasso (Our Lady of the Rock) keep to the left, continuing along via Cave.
After the town of Alzo the road starts to climb and takes you first to Cesara and then through Nonio and Brolo. You then descend toward the village of Omegna reaching first the lakeside and then the bridge near the Town Hall. Continue past the bridge and turn right into Lungolago Buozzi. Shortly after the hospital turn right following the signs for Borca.
Now there is a long flat stretch skirting the lake. Head toward Pettenasco and climb again in the direction of Orta. At the roundabout just before Orta go straight on toward Gozzano and one last effort takes you just above lido di Buccione. From here continuing on a flat stretch you reach the point of arrival near the Bemberg company.

Things to see on this route: the cliff of the Madonna del Sasso (Our Lady of the Rock), the lakeside of Omegna, Villa Crespi in Orta San Giulio.