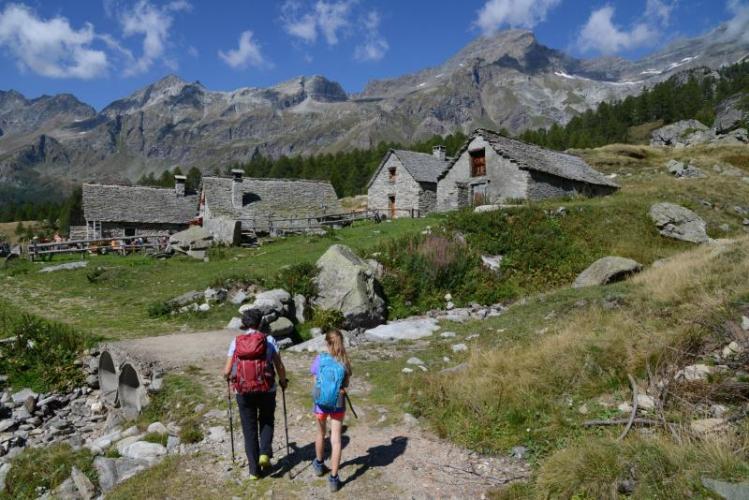 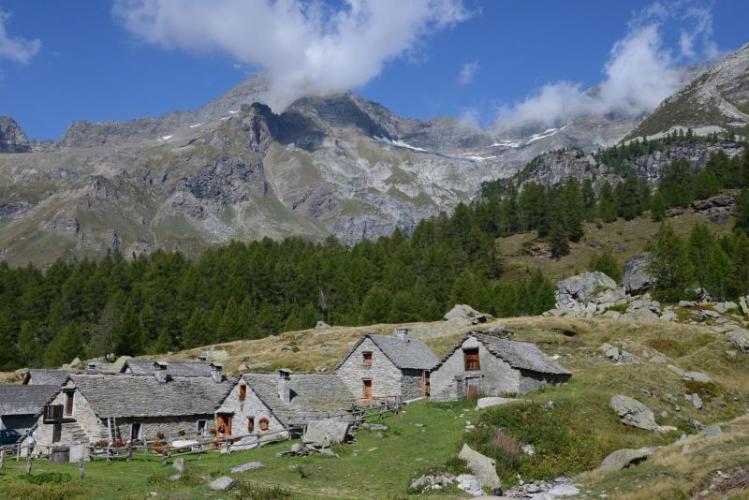 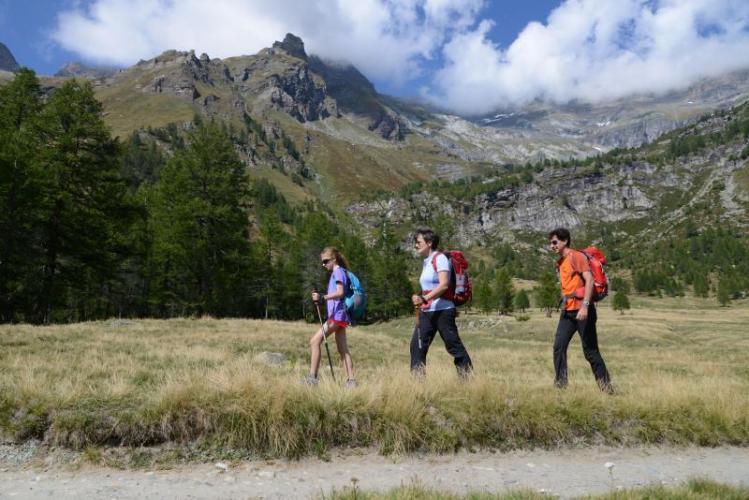 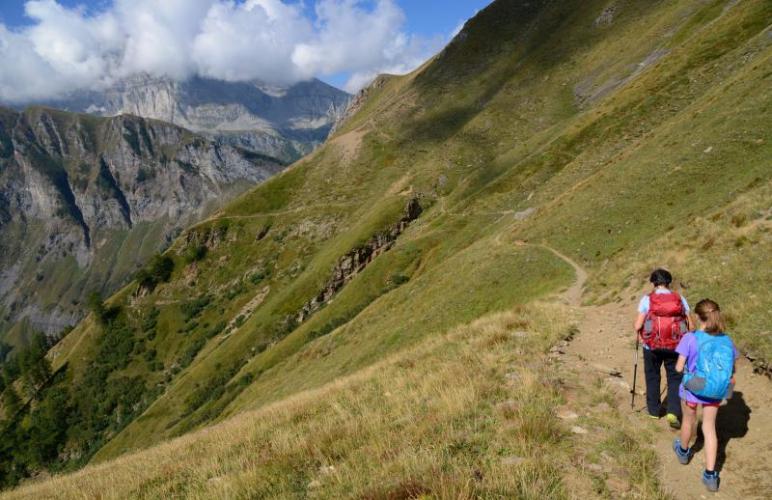 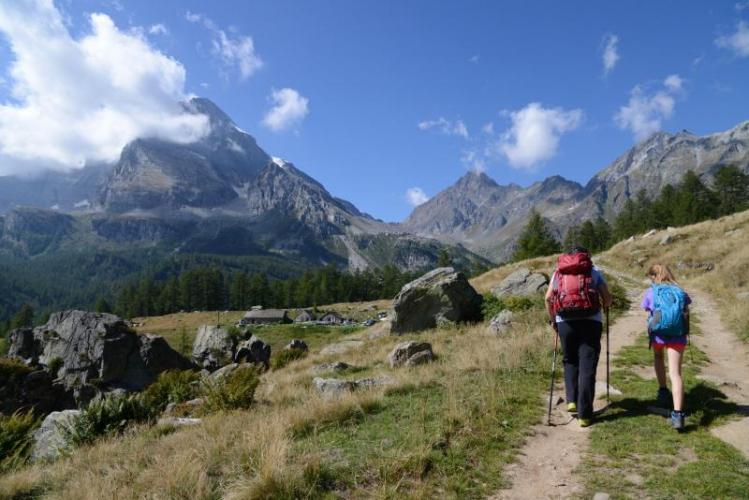 A high altitude excursion that includes two chairlift rides and an adventurous trail through the beautiful Alpe Veglia, one of the two central attractions of the Alpe Veglia-Devero Natural Park. The return trek is a circular path filled with points of interest and pleasant landscapes in Val Cairasca.

The walk starts from the hamlet San Domenico di Varzo (1420 m). Here, hikers will take the first of the two chairlift rides that go up to 1936 meters above sea level to Alpe Ciamporino, where the actual hike begins. After you get off the chairlift, walk towards the next lift and, just before getting to it, take the trail on the left that crosses the meadow (there’s a white marker stone for reference), pass under the cables of another chairlift and take the path that is now clearly visible (red/white sign for "Alpe Veglia"). Initially, the path descends a bit and then alternates between uphill sections and flat sections with a scenic view, like a balcony overlooking the Val Cairasca below. At this point, you can clearly see the road that you will follow downhill later. The path has some sections that are not very exposed, and never really dangerous, but parents should watch exuberant little hikers carefully. There are some chains, even though they are not strictly necessary in dry weather. After a gradual start, with the path rising and falling, it becomes steeper as it passes through the rocks to overtake the first rock formation, which is also the highest point of the trail. The trail flattens out again, and then goes up again with a last stretch that leads to a view of an easily accessible hilltop with a cross planted on it. Here, you’ll enjoy the widest and most beautiful view, with Mount Leone (3552 m) in front, on the border with Switzerland. Accompanied by some panels illustrating the flora visible in the park, hikers follow a stretch of the "Sentiero dei Fiori" (Flower Trail). The path initially winds its way up and down short hills and then dives into the woods quite steeply. This leads to the first of the villages of Alpe Veglia: La Balma, with its beautiful houses scattered all over the meadows. After passing the ford on the Rio La Balma and the first group of houses, keep right and leave the dirt road (sign for "Alpe Veglia"). Follow the path on the right that leads through a lovely wooded stretch. Cross the Rio Frua on the wooden bridge, over a picturesque gorge, just upstream from the waterfall. You’ll reach Alpe Veglia very quickly, and come out near the CAI Refuge. A little further on, you’ll come to a hotel in Cornù (1755 m), and then descend on the dirt road below and continue to the right towards the next village (water fountain). Always stay on the dirt road, which makes a wide curve to the left as it starts across a large, relaxing plateau, passing the Rio Mottiscia and just below the Isola mountain pasture. After crossing the Cairasca stream near the village of Ponte, it bends decisively to the left along the pleasant plateau just below the Aione mountain pasture. Just after the wide Rio delle Streghe stream, near an imposing isolated larch, there is an archaeological area. Since 1986, excavations have brought to light the remains of a nomadic camp from the Mesolithic Era (VIII-VII millennium BC) which contained artefacts in crystal and flint, such as scrapers and burins. The site is not very evident because this is a protected area and pasture land; after each excavation campaign, the original clods of earth were replaced carefully to avoid altering the landscape. Hikers will pass the pasture of Cianciavero, near the Oratory of San Giacomo, and after crossing the Rio Cianciavero, the path enters the woods again. After having passed a farm that grows local products, the road starts to descend decisively and continuously. The view of the impressive gorge below makes the walk more pleasant. Especially after the Chapel of Groppallo (16th century), the road descends steeply with a few hairpin bends. Once you are almost on flat ground, you can shorten the route by taking the path to the left just after the barrier that limits access to the dirt road. It is marked by a sign, and cuts across the wide curve, leading directly to Ponte Campo, the bridge over the Cairasca stream. A final stretch on asphalt, uphill, brings you back to San Domenico, and concludes this itinerary.

This is a fairly long hike, recommended for its beautiful landscape, but only suitable for older children because of the slightly exposed stretches after Alpe Ciamporino. It is unsuitable for backpack child carriers, not only because of the above-mentioned exposed sections, but also due to the chairlift.