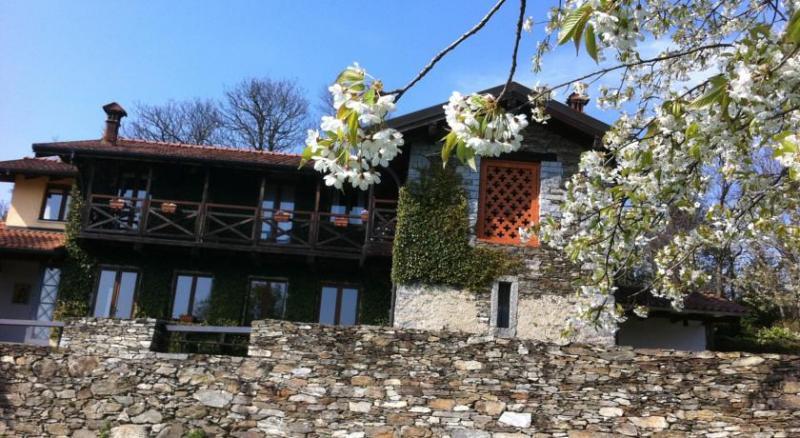 On lake Maggiore, in an attractive setting between the lake and the old village of Cavandone, you can find the “Ciliegio Selvatico”, skilfully restored in respect of the pre-existing architectural lines, our apartments offer a wonderful view on the lake.

Lake Maggiore is the most westerly of the three large prealpine lakes of Italy and the second largest after Lake Garda. The western bank is in Piedmont and the eastern in Lombardy, whereas the most northerly section extends thirteen kilometres into Switzerland.

For walkers there are well marked paths which lead up into a hinterland of scenic mountain hikes and remote villages facing the Lake: Val Formazza, with its Toce Falls, Val Vigezzo, nicknamed "The painter's valley", Valle Anzasca, which peaks with the Walser habitat of Macugnaga, and Valle Antrona, which boasts fascinating alpine tarns. The Val Grande Natural Park, the most extensive wild area in central Europe, is set in the upper part of the lake.