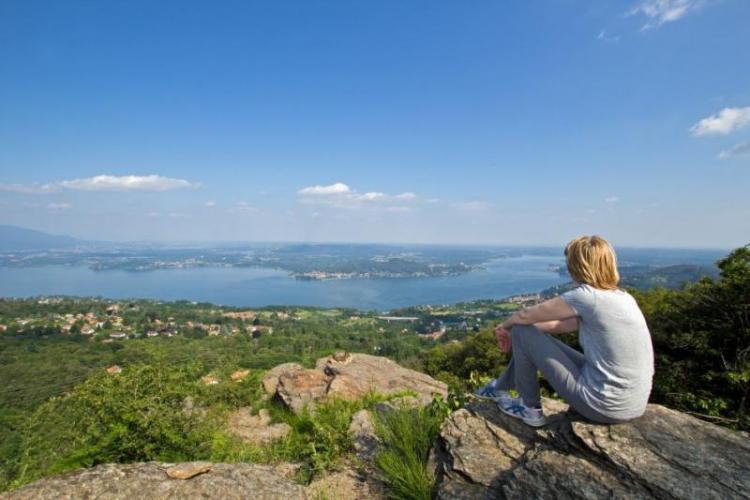 The starting point for this route is viale Europa in Invorio near the parish church where there is a large car park.
Cycle along viale Europa to the stop sign where you turn right and then immediately left along via Marconi. At the next stop sign turn left again in the direction of the Alto Vergante. Now continue downhill to the village of Ghevio. At the roundabout go straight on in the direction of the Alto Vergante. Pass through Pisano and start the climb followed by a short descent to the village of Nebbiuno. Keep going along the main road passing through Massino Visconti and Brovello Carpugnino. After the A26 motorway on-ramp turn left uphill toward first to Vezzo and then Gignese. The path is rather challenging on account of the steep gradient. After the village of Gignese the road flattens out and with a few ups and downs you continue in the direction of Sovazza. A steep descent leads you toward the motocross area of Armeno after a bridge over the River Ondella.
Continuing on the strade delle due Riviere you pass through the village of Armeno and descend toward Miasino. At the junction near Villa Nigra turn left in the direction of Armeno and after a few meters turn left again uphill. After passing the castle of Miasino on the right you continue to climb until you come to Vacciago where a short but steep descent in the direction of the village of Lortallo awaits you. Continue downhill until you reach Bolzano Novarese. In the centre of the town turn left into via Rimembranza climbing up to the cemetery and the beautiful church of San Martino. From the church of San Martino you go down again to Invorio. After the bridge over the River Agogna the road climbs again alongside a riding stable. Turn left at the roundabout and after a short climb you come to Invorio again at the starting point.