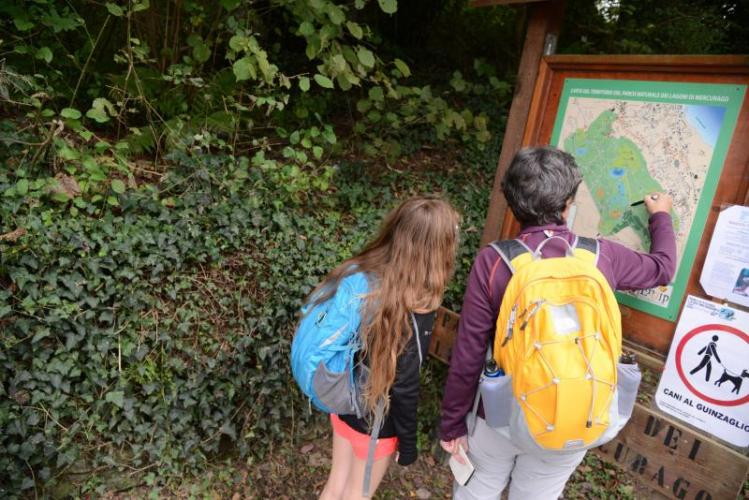 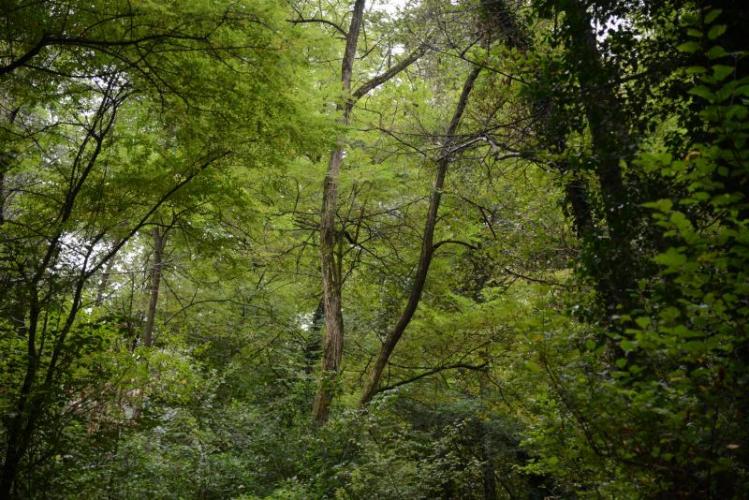 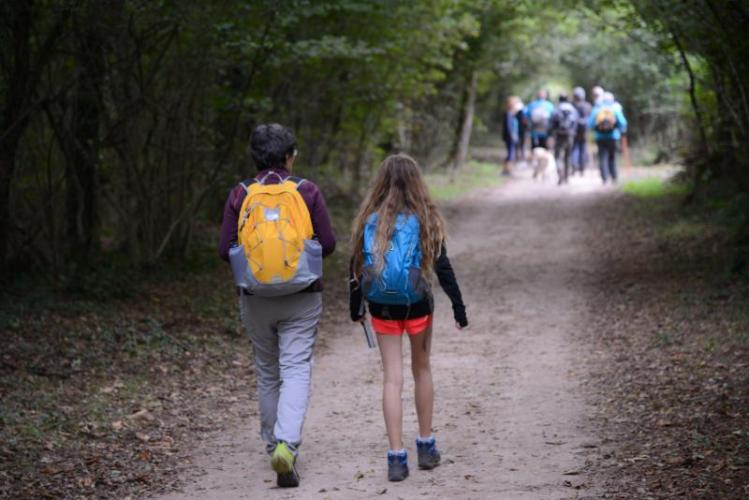 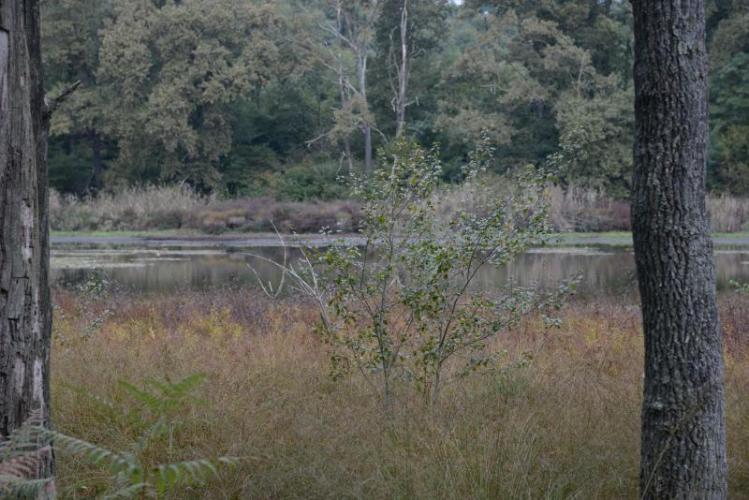 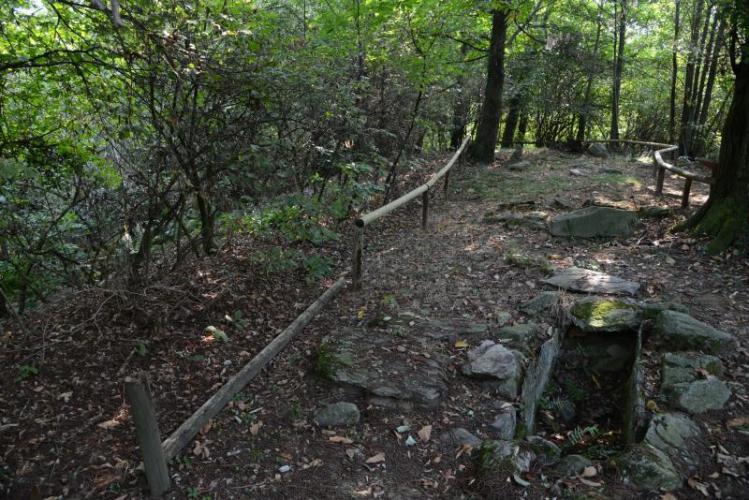 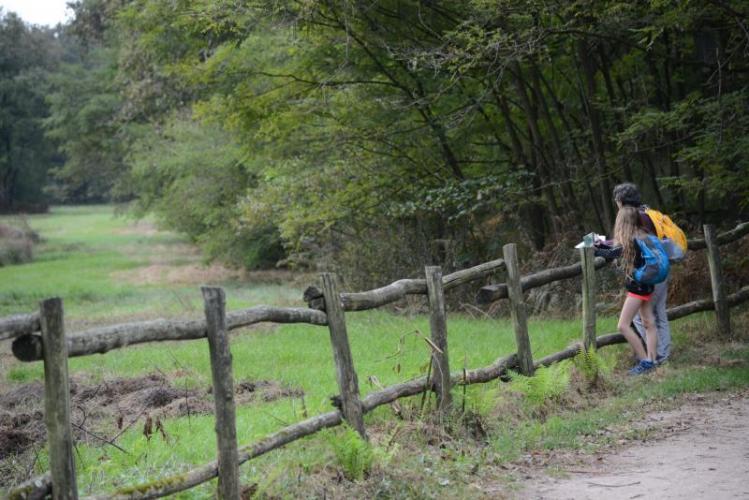 A circular excursion to see the wet lowland forest of this natural park, included in the UNESCO World Heritage since 2011 due to important archaeological finds and its history as a pile-dwelling site.

The park organisation offers various possible routes marked by arrows and different colours, all available on maps that you can get at the park headquarters. Our route partly follows the Archaeological Route (purple), and starts along Strà di Pianèl da Gatic (number 1). At the fork with the votive pillar, turn right and follow route number 1, but then leave it and go straight towards Strà di Lagon (number 2). The path is flat and leads near the Lagone, the largest wetland area in the park, where the remains of a pile-dwelling village have been found on its banks.
The site, found by chance during peat extraction works, dates back to the 18th-13th centuries BC. Several well-preserved objects have been found here, such as pottery, weapons, metal ornaments and flint tools. The most interesting finds were three wooden wheels and casts of two dugout pirogues (similar to canoes). At present, most these finds are kept at the "Museo delle Antichità" (Museum of Antiquities) in Turin.
It is not possible to get close to the banks of the lake because it is a protected area and the vegetation is quite dense. Nevertheless, the view is breath-taking. Continuing further on, you’ll come to a T-junction. Turn right towards Strà di Sèl (number 15), and almost immediately, go left towards Senté dal Laghèt (number 11). The path winds its way through a dense area of peat bogs to climb towards the Motto Caneva. At a crossroads with several streets, turn right on Senté dal Custòn (number 16), which passes near the area where the remains of a Roman necropolis were found, consisting of about ten tombs. A short detour to the left puts you on a path leading to the top of the hill, surrounded by white pines. If you go straight on, you’ll pass next to a second Roman necropolis from the I-II century AD. Immediately after that, bear left and take the Senté dal Fòs (number 17) which is going to rejoin the Strà di Sèl (number 15), which you should take to the left. After a few more metres, you’ll be on the Strà di Pianèl da Gatic (number 1) that leads to the vicinity of the Iron Age necropolis of Golasecca (VI-V century BC). It is located on a nearby hill, which can be reached by a short detour to the right.
The so-called Golasecca Culture lived in this area from the 9th to the 4th century BC, and expanded throughout the territory between the rivers Po, Serio, Sesia and Ticino. It takes its name from the town in the province of Varese located on the Ticino, about ten kilometres from here, where the first discoveries were made (fifty tombs with ceramics and metals).
From this point, continue on path number 1, which goes around the Motto dei Lagoni and brings you back to the starting point near the votive pillar.

the “Sancarlone”
Arona has a unique monument: a large statue of St. Charles Borromeo (1538-1584) known as the “Sancarlone”, an affectionate name for this local monument that is considered to be a close relative of the Statue of Liberty, the famous American monument. Opened in 1698, after 84 years of work, the colossal statue stands 23.4 m high but rests on a pedestal of 11.7 m, which gives it a total height of 35.1 m. The technique used was so futuristic that it inspired the construction of Lady Liberty. After its size, the most impressive aspect of this statue is the possibility for visitors to go inside and climb up to the saint’s head on a narrow staircase (not suitable people with claustrophobia). Visitors can admire the view of the lake from the statue’s eyes.

the Archaeological Museum in Arona
This museum contains a collection of archaeological treasures from the city and the lower Verbano area including Neolithic finds up to post-Renaissance pottery and glass. Here, visitors will be able to see some of the finds unearthed at the Park Lagoni di Mercurago, such as the cast of a wheel and the funeral objects from the Golasecca Civilization (www.archeomuseo.it).

This walk is very easy and completely in the shade, but it should be avoided during the most humid summer days. The indicated route is only partially accessible to pushchairs.