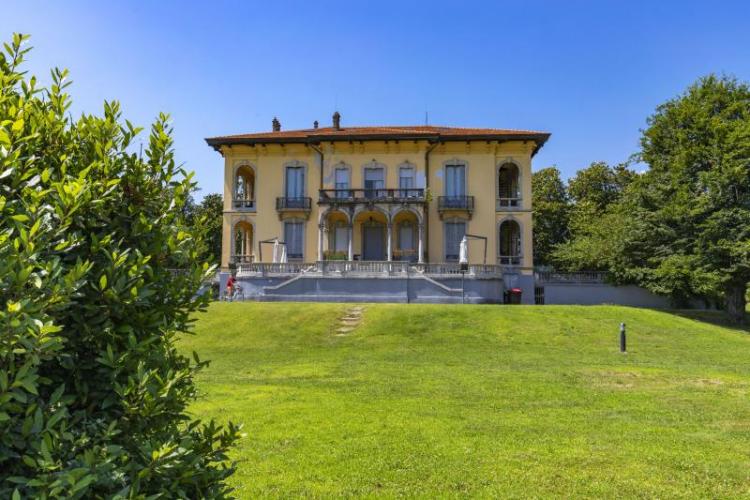 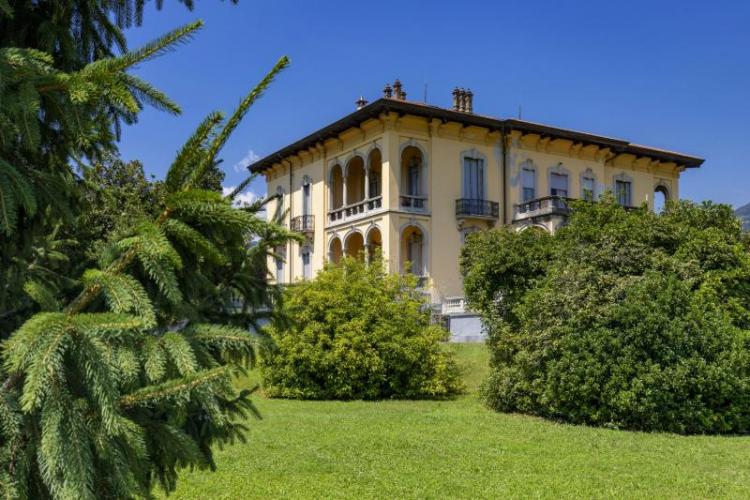 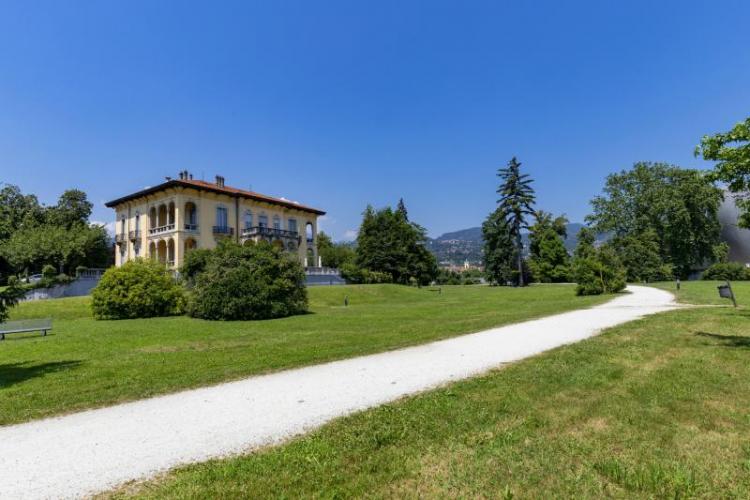 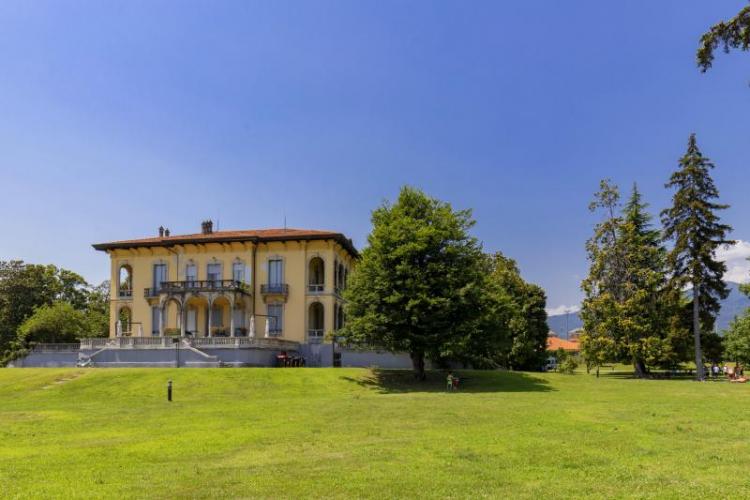 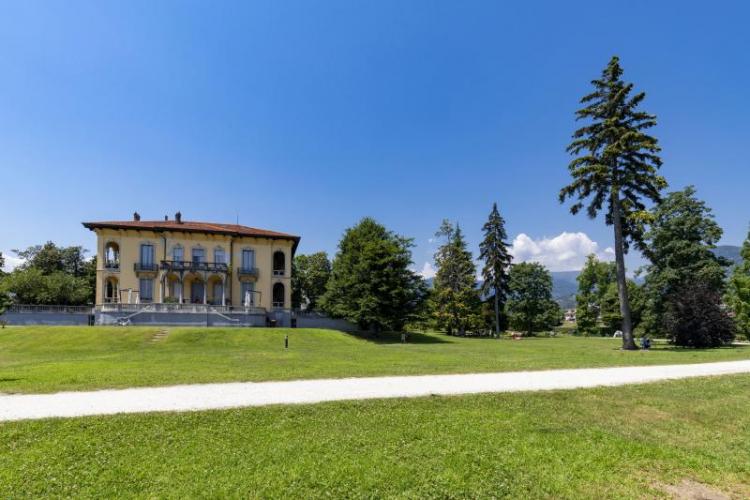 The villa was built by the local industrialist Pietro Maioni and his wife Emilia Roveda in 1925 and it is the current seat of Verbania Public Library. Designed by the architect Giuseppe Baroggi, the villa is a notable example of Neo-Baroque style, so popular at that time. The most elegant facade is the one facing the lake, with a wide terrace and a portico supported by three arches and symmetrical staircases leading down to the surrounding gardens. The taste of the period suggested the building of many villas owned by local families, with characteristics similar to holiday homes surrounded by blooming gardens.
Its park, which covers an area of 30.000 square metres, currently houses a catalogue field of 57 cultivars dedicated to the autumn-winter flowering camellias belonging to the three best known species (Camellia sasanqua, Camellia hiemalis, Camellia vernalis). This catalogue field was created in 2007 after a study by the University of Turin. A new project developed by the Italian Camellia Society, aims to create a camellia catalogue field divided by type and provenance. The collection will be composed of over 600 cultivars from different parts of the world that need a single site for conservation and cataloguing. The work will proceed until the inauguration scheduled for March 2022 on the occasion of the International Camellia Congress that will be held in the adjacent Teatro Il Maggiore.
The park will be dedicated to the fellow citizen Piero Hillebrand, one of the world’s leading experts on camellias.
The park of Villa Maioni hosts several cultural events and civil weddings can be celebrated on the large terrace of the Villa.