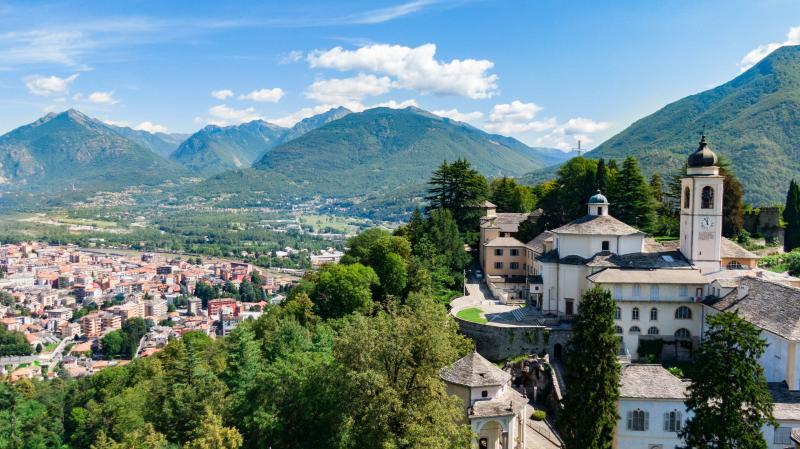 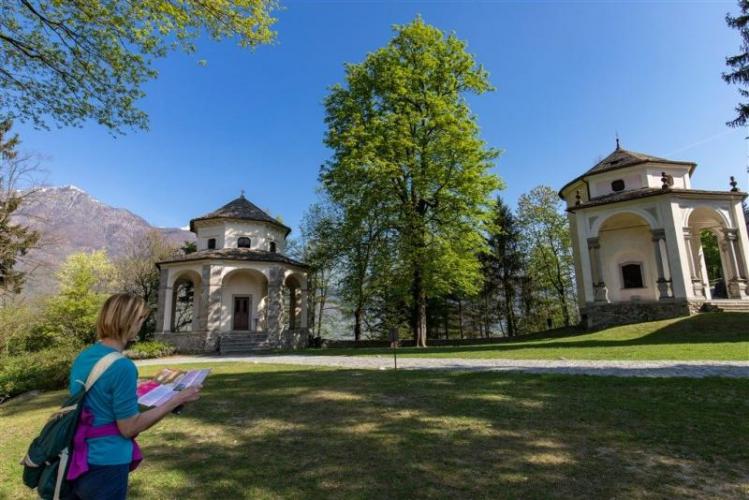 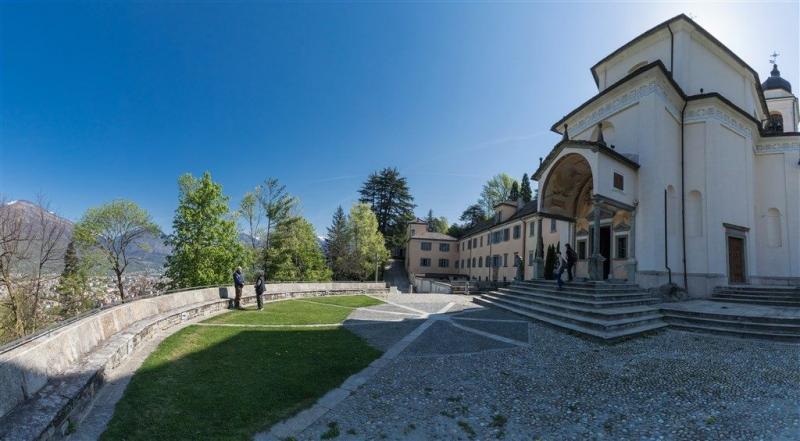 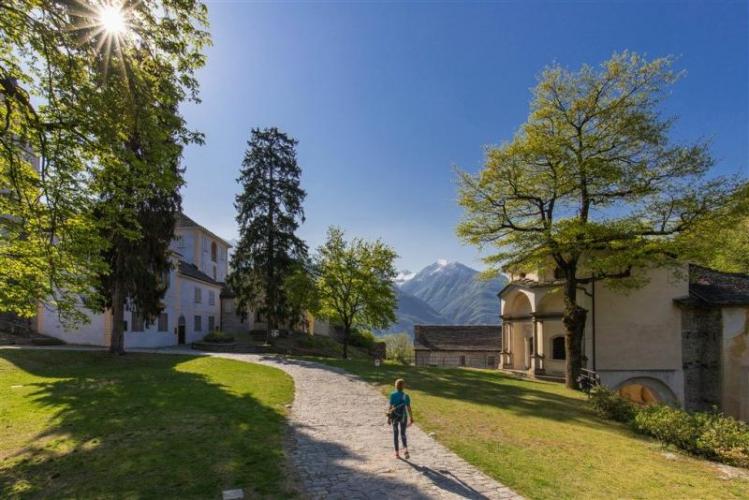 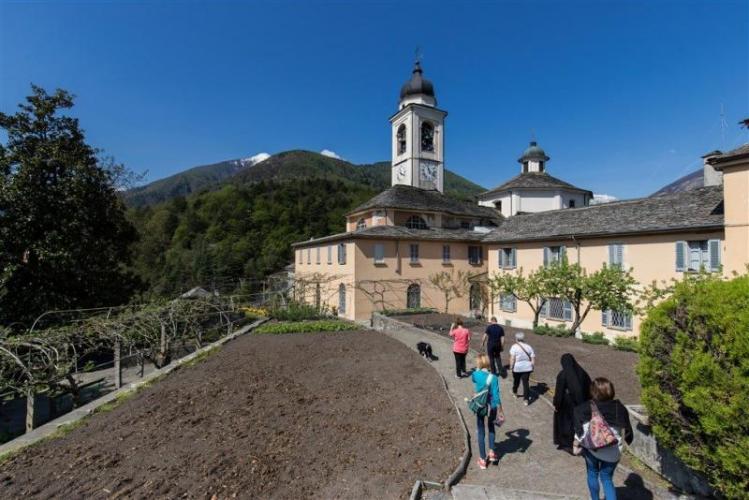 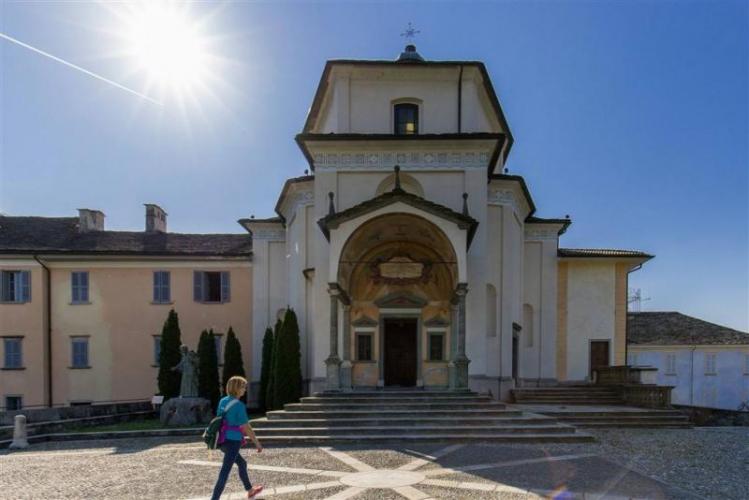 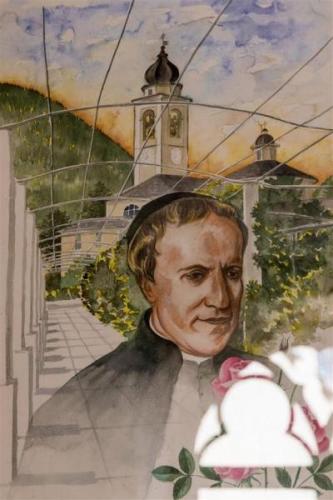 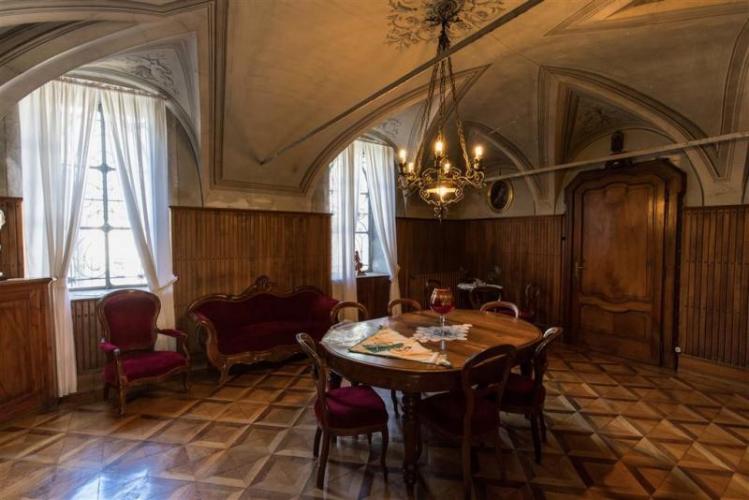 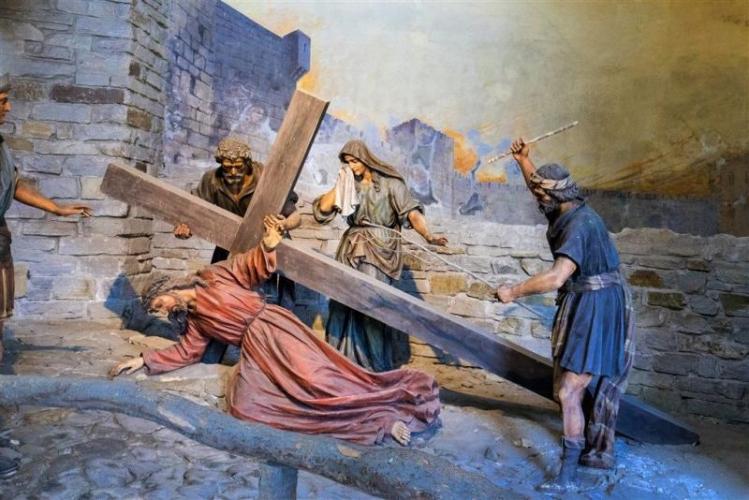 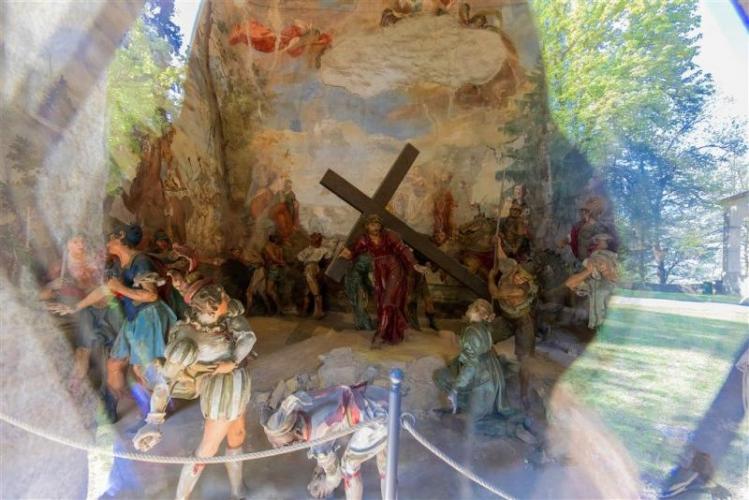 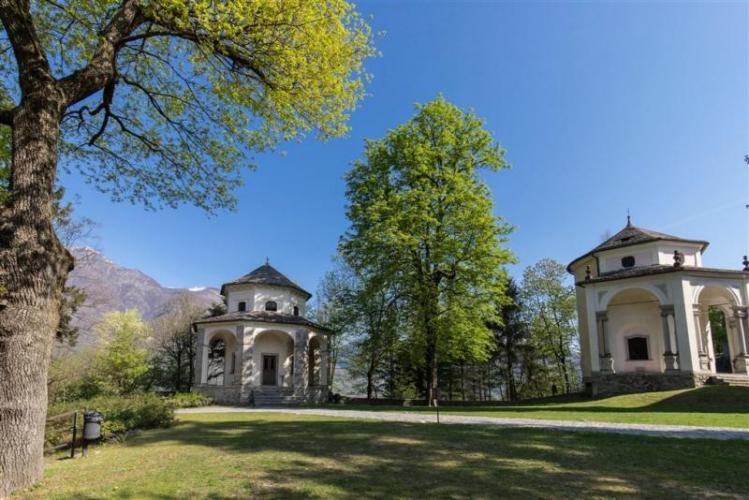 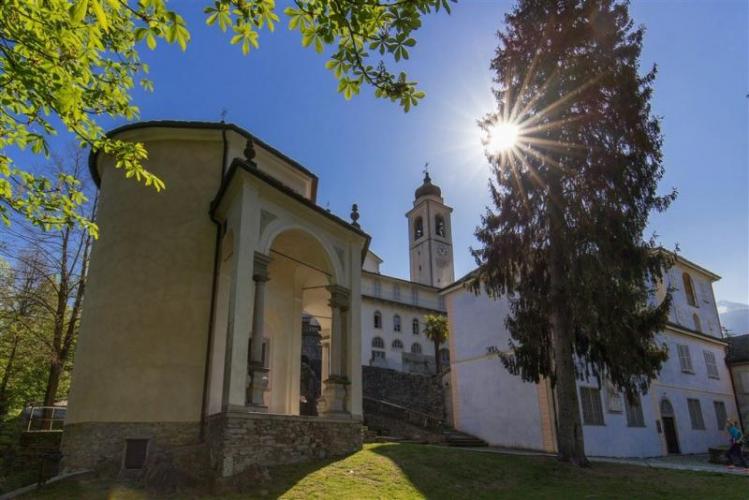 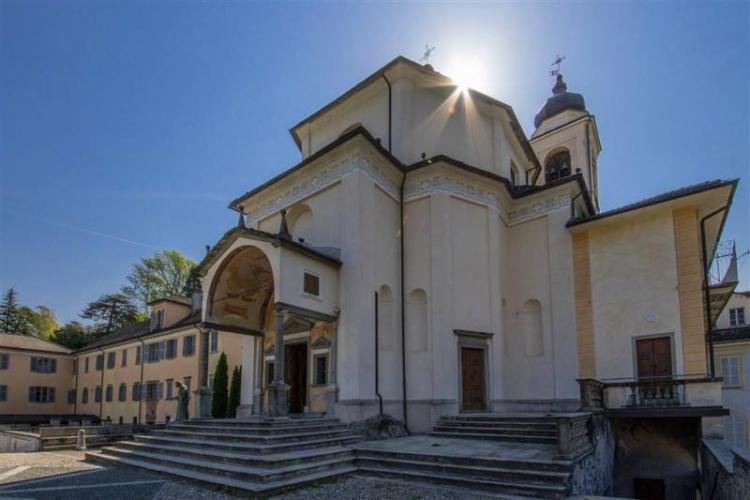 Surrounded by the Alps and the typical villages with slopes still used to cultivate vineyards of ancient origin close to Switzerland, the Sacred Mount winds from the village of Domodossola up to the hills of Mattarella, a place of very ancient origins where Roman and Lombard building materials, ceramics and utensils were found along with a marble headstone dating back to 539 A.D., reused in the courtyard of the medieval castle which went destroyed in 1415 by the Swiss.
The Sacred Mount project was undertaken in 1656 by the Capuchin friars Gioacchino da Cassano and Andrea da Rho to represent The Passion and Death of Jesus in life-size images in a Biblia pauperum of sorts. When Napoleon disbanded the monastic orders in 1810, the Capuchin friars were cast away and the convent turned into military barracks. In 1828, the complex returned to life thanks to a new religious order founded by the priest and philosopher Antonio Rosmini from the Trentino region. The construction of the other chapels resumed and continued until the early twentieth century.