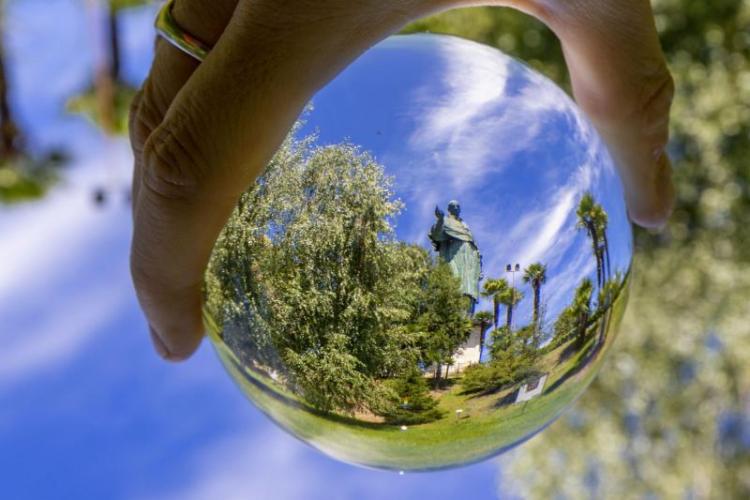 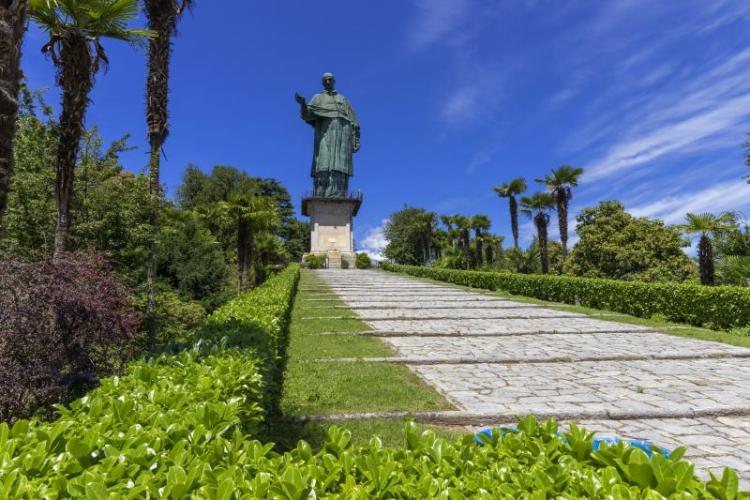 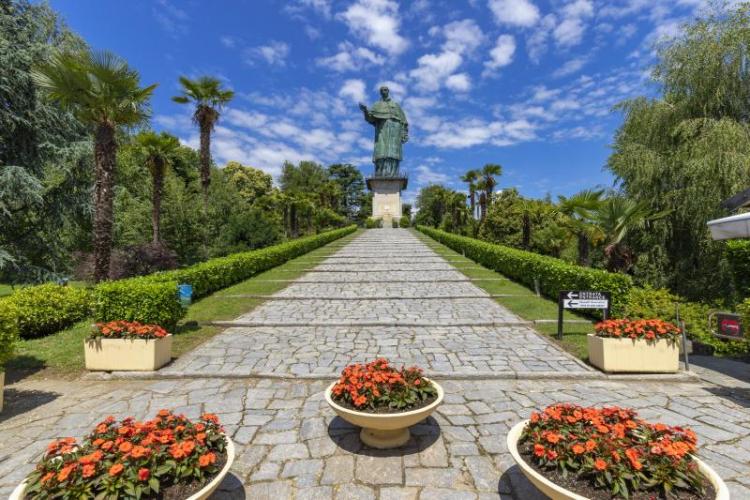 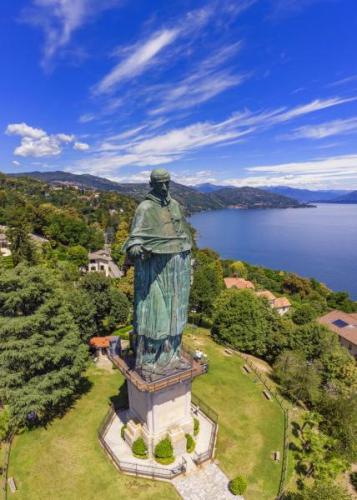 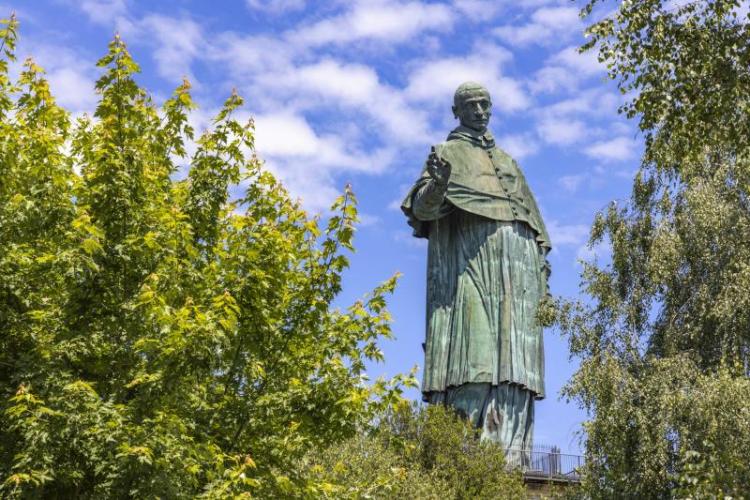 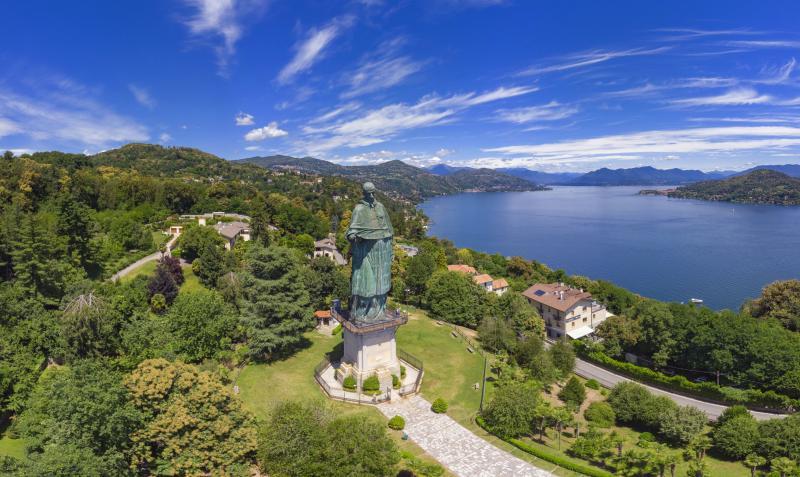 Background
Charles Borromeo was born on October 2nd 1538 in Arona castle, subsequently destroyed by Napoleon, that stood on the promontory (“Rocca”) above the town of Arona. He was canonized in 1610, only 25 years after his death.
Federico Borromeo, Charles's cousin and the cardinal depicted in the novel “Promessi Sposi” (The Betrothed) – who succeeded Charles as Archbishop of Milan – wished to create a “Sacro Monte” (Sacred Mount) in Arona to celebrate the Saint’s greatness.
In the original project fifteen chapels were to be built along the road that climbs up from the lake to the current public square, each to be decorated with frescoes and statues narrating the most important events of the Saint's life. Wars and economic hardship throughout the 17th century led to only a few of the chapels being completed: nowadays three original structures have been conserved. The culmination of the Sacred Mount was the church dedicated to the Saint, where in the apse a “reliquary” would commemorate his birth..
The Church, designed by the famous architect Francesco Richini, was completed in the first half of the following century.
Cardinal Federico Borromeo and the Oblate Marco Aurelio Grattarola, who supervised the works on the hill, also commissioned and drew up plans for the construction of a colossal statue of Saint Charles which would also be visible from the lake and would immortalize the greatness of the Holy Archbishop of Milan.
The project for the statue of “Sancarlùn” (Big Saint Charles), as he is affectionately called by local inhabitants, was designed by “the Cerano” (Giovan Battista Crespi, born in Cerano in 1575 and died in Milan in 1633) but was subsequently modified by sculptors Siro Zanella from Pavia e Bernardo Falconi from Lugano. They constructed the colossus with sheets of hammered copper fixed to-gether with nails and iron rods. Construction was completed in 1698.
The internal support is made of blocks of stone from Angera that reach the height of the Saint's shoulders. A metal structure is attached to the internal support and the sheets of copper are then fixed to this.
Saint Charles is portrayed standing in his cassock, rochet and mozzetta holding a book under his left arm while his right arm is outstretched in an act of blessing. A door hidden in the pleats of the cassock gives access to the internal structure where spiral staircases and steep vertical stairs lead to the head. Here, breath-taking views of the lake and surroundings can be seen through the portholes in the saint’s eyes and apertures along his back.