a - BIKE - n.1: TOCE CYCLE PATH, cycling along the riversides 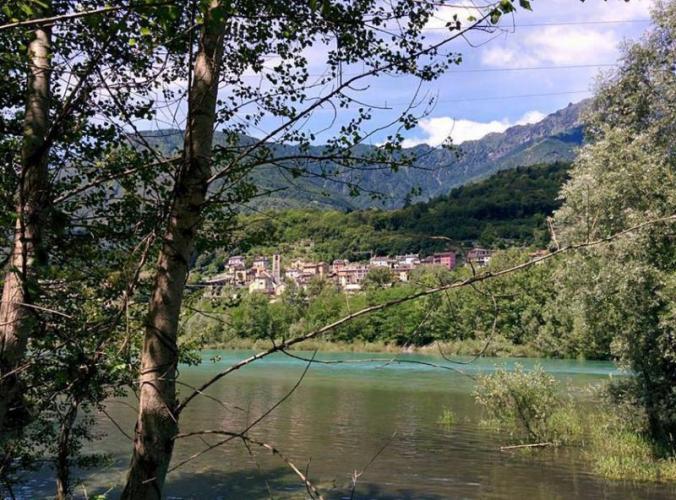 This is a round trip starting from the railway station of Domodossola that takes you in the clockwise direction all around the flatland of Domodossola, Crevalodossola, Montecrestese, Masera and Trontano. The route takes its name because it passes five rivers: Toce, Bogna, Diveria, Isorno and Melezzo.

The best place to start is large della Vigezzina car park in Via Piave, behind the railway station. You continue north along Via Piave for about 700 m and then take the first street on the right (Via al Toce) that leads right to the embankment of the River Toce and then you start following the unmade track on the river embankments. A little further on the track becomes a cycle path which continues to the bridge over the River Bogna. You cross the bridge in cycle lane at the side and following the cycle paths in the area of Crevoladossola you come to the industrial estate passing behind the Mercatone Uno department store. The cycle path continues for a few hundred meters alongside the Oasi di Preglia (Preglia Reserve) (picnic area) up to the kart area. Here you turn left on the paved road that runs along a canal until it meets provincial road. Turn right immediately into the pedestrian and cycle lane available up to end of the bridge over the River Diveria and then follow the road paying attention to the traffic at the roundabout. Turn right and, always paying attention to traffic, go over the road bridge below Lake Tana on the River Toce. Then turn right in the direction of the sports field and continue alongside the River Toce along a pleasant unmade road that then passes under the motorway and continues as an unmade cycle path alongside the River Isorno as far as Pontetto. After crossing the road bridge over the stream you enter the municipal area of Masera. Take the first right along a tarmac track which runs alongside the river. At the junction you can continue to the left (tarmac road that crosses the fields) or to the right (unmade road that then runs along the foot of the motorway embankment). The two roads meet further on and then you continue along the River Melezzo which drops into the Vigezzo Valley. When you reach the church of Masera, cross the stream on the pedestrian and cycle overpass then immediately after the roundabout, turn right and follow the main road that leads toward the motorway exit. The road is wide but busy: be very careful! After 500 m take an unmade road on the right which winds its way to the motorway and passes underneath. A little further on there are two alternatives for continuing:

1. Continue straight on for about 1.9 km on the track located on the top of the embankment. At the end in the last 100 m the track becomes a path that drops and passes under the Vigezzina railway bridge and joins the road to Domodossola at the Ponte della Mizzoccola (Mizzoccola bridge).

2. Take the unmade road on the left that runs alongside the exit from the motorway and pass under the motorway to the industrial estate. A short stretch of cycle path along the road leads to Via della Colonia, turn right and then at the first junction turn left and continue to the traffic lights on the provincial road where you turn right and following the road with a great deal of care (possibly busy) you come to the Mizzoccola bridge.

From the Mizzoccola bridge you continued on the road to the roundabout at the entrance of Domodossola. On the right you come to starting point and continuing straight on you come to the railway station.

Opposite international railway station of Domodossola there is an Ossolainbici service, an innovative automatic bicycle rental system. Those who arrive at Domodossola by train or their own car can use an electronic card to pick up a bicycle for moving about easily and freely.
For information on the cost and how the bicycle rental service works please contact:
Lepontina Gestioni Srl - Piazza della Chiesa Druogno c/o Tourist Information Office of Druogno (Tel. 0324 93565 or 348 0303696)