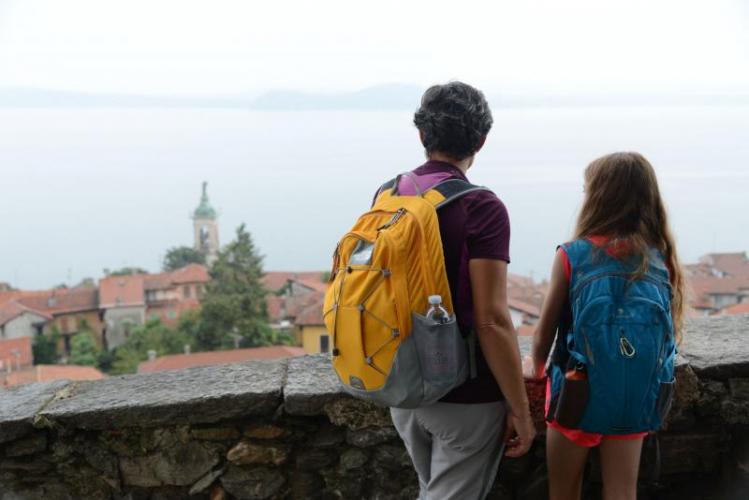 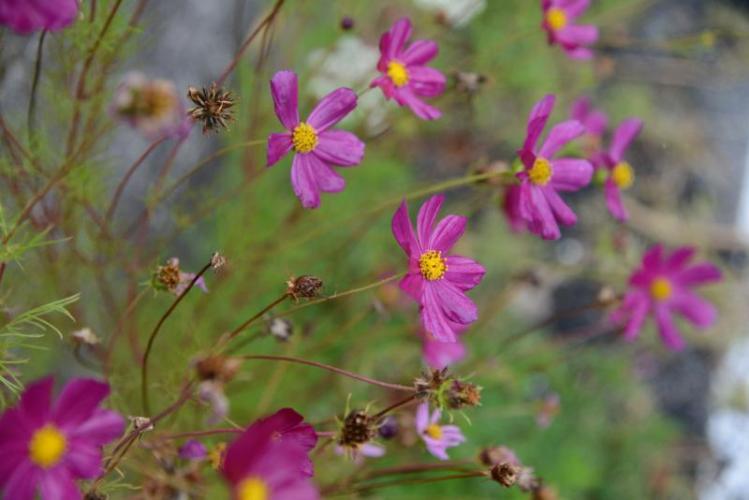 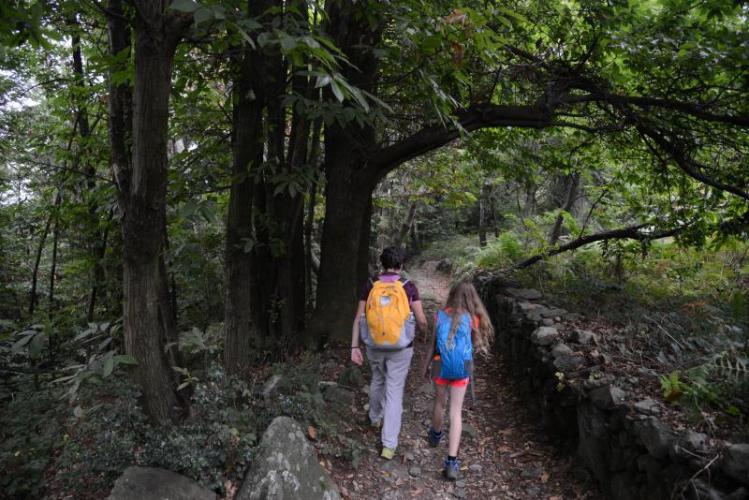 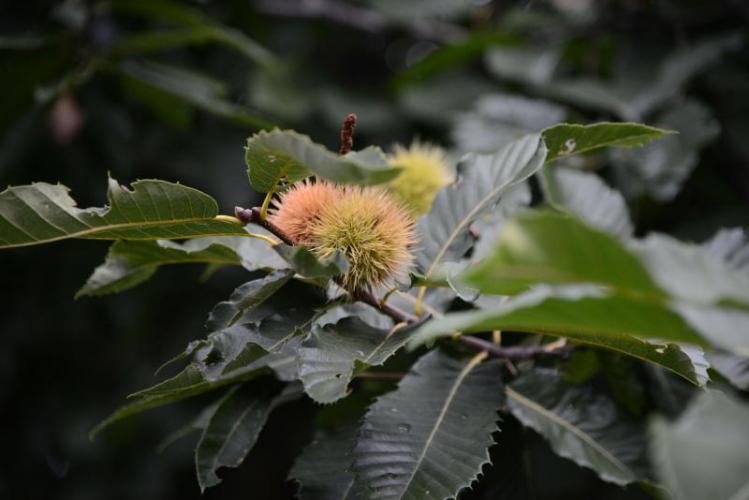 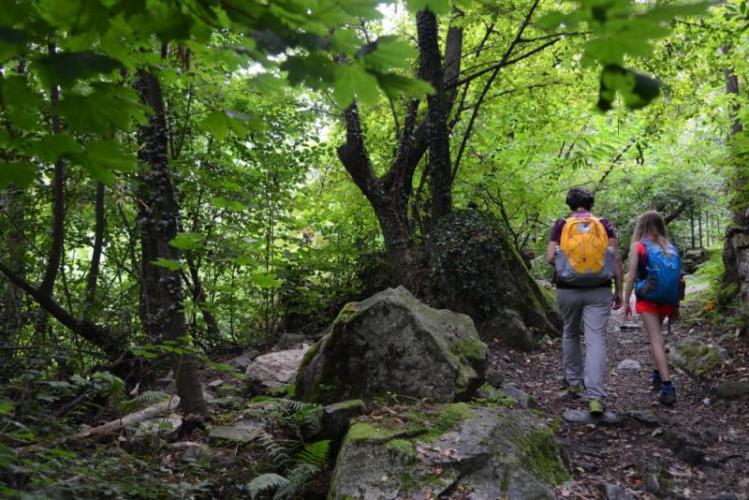 Departure location: Stresa (200 m)
Place of arrival: Belgirate (200 m)
Maximum altitude: Church of San Paolo (480 m)
Difference in altitude: approx. 400 m, one way (not continuous)
Distance: 8 km one way
Walking time not counting stops: 2 hours and 30 minutes, one way
Type of route: mixed (asphalt, cobblestones, trail, dirt road)
Signs: red/white signs, signs for "Sentiero dei Castagni" and "L2 Stresa-Belgirate"
Water: fountains in towns and villages
Recommended period: from spring to autumn, if you return by boat; all year round, in the absence of snow, if you return on foot along the same route.
How to get there: Stresa is located along the western side of Lake Maggiore. It is 7.5 km from the A26 exit of Carpugnino. Car parking is available near the landing station (for a fee), and at the railway station. By bus: Verbania-Milan and Omegna-Arona lines (www.safduemila.com); Novara-Domodossola line (www.stnnet.it). By train: Milan-Domodossola line, Stresa stop (www.trenitalia.com). By boat: Arona-Locarno and Locarno-Arona lines (www.navigazionelaghi.it).
Information: Distretto Turistico dei Laghi www.distrettolaghi.it; IAT Office - Piazza Marconi 16, Stresa, tel. +39 (0)323.30150, www.stresaturismo.it; Municipality of Stresa www.comune.stresa.vb.it; Tourist Office - Via G. Mazzini 12/14 at the landing station, Belgirate, tel. +39 338.9904221; Municipality of Belgirate www.comune.belgirate.vb.it

From the landing station, head towards the centre, taking one of the pedestrian streets (Via Tomasi or Via Mazzini) that lead to Piazza Cadorna. From here, turn left on Via De Vit, which leads to Via Manzoni (signs for "Sentiero dei Castagni" and "L2 Stresa-Belgirate"). This street leads to the monument dedicated to the friendship between the writer Alessandro Manzoni and the philosopher Antonio Rosmini.
Rosmini and Manzoni met in 1826 and, afterwards, they would see each other often in Milan and, above all, in Stresa where Rosmini lived. Manzoni spent his summer holidays in the nearby town of Lesa starting in 1839. Their friendship lasted until Rosmini died in 1855. He is buried in the church of the boarding school, located just uphill from the school itself.
Continue the path uphill, you’ll come to the secondary gate of Parco Pallavicino, from which the tourist train (on tires) leaves from the landing stage to take visitors through the park.
Villa Pallavicino was built by Ruggero Borghi, a friend of Manzoni and Rosmini. Today, it belongs to the Pallavicino family. We visit the large park, managed by the Borromeo Administration, but the property also houses a wildlife recovery centre, C.R.A.S. ("Centro di Recupero della Fauna Selvatica"), which looks after injured animals and reintroduces them into their habitat after they are well. Some of them are kept away from visitors, so that they do not adapt to seeing too many humans. If they can no longer live in the wild, they are housed in facilities open to the public for educational purposes.
A little further on, when you reach a votive pillar at the crossroads of three streets, take the cobblestone road in the centre (brown sign for "Sentiero storico pedonale") which, with a gradual climb, passes close to the borders of Parco Pallavicino. Just before a gate, turn left (red and white marks). The cobblestone pavement becomes damaged here, turning into more of a dirt road. This is where you enter a beautiful stretch of woodland, with lots of chestnut trees. When you encounter an asphalted road, cross it and continue along the path that soon leads to the Oratory of Passera.
Built between 1657 and 1737, it is the smallest sanctuary in Stresa, and it is believed to have been built as the result of a vow made by a wine merchant who escaped a shipwreck.
Continue along the now asphalted road that passes next to the oratory and crosses the village until, after leaving the houses, it becomes a dirt road again arriving at a junction. A wooden sign for "Sentiero dei Castagni" indicates to the left but the route is better if you go straight on and follow the very visible red and white signs for "Sentiero Stresa-Belgirate L2". A beautiful uphill cobblestone pavement leads to the site of the "Mulin de la Stria" in Passera, whose history is told on a panel on site. Unfortunately, the remains of the mill are invisible, devoured by the vegetation, but reading the legend about the "witch", immersed in the chestnut forest, will render this place unforgettable. The beautiful cobblestone road continues uphill, and reaches the village of Brisino and another asphalt road. First go left and then immediately right. Along the way, you’ll pass in front of a panel that tells about Celtic finds made in the area, and then the football field. Then you’ll get to the cemetery where the Church of Sant'Albino (built in 1151) is located. It houses a 15th century fresco. Passing by the cemetery (sign for "Belgirate L2"), you’ll enter a beautiful uphill path under impressive chestnut trees, and then you’ll come to the cobblestone pavement that comes from Magognino. Follow it to the left, towards Falchetti, along a pleasant gradual stretch. After passing an unusual vineyard surrounded by thick woods, turn right onto a slightly uphill path. Once you have reached the asphalt again, cross it and walk into the village of Falchetti (water fountain). Beyond the village, return to the forest to make the last climb in our itinerary. At a well-defined fork, take the path on the left. It will descend quickly after a short gradual stretch. A very short detour to the right leads to the Church of San Paolo, near which there are some ancient cup-and-ring marks. You’ll pass some houses, and then take the asphalt road to the left, downhill.
Note: It is also possible to go right, slightly uphill, and then take a path on the left that connects to the same asphalt road a bit further down. However, if you compare the two routes, you have to cover the same distance on asphalt, and it’s a bit steeper, so you might as well just follow the road on the left, as recommended.
After 500 metres on this road, go down a staircase on the left that literally "falls" to Belgirate arriving at the Old Church of Santa Maria. From there, you can admire the view of the town’s rooftops. Now, take the small pedestrian street right next to the church leading to a railway underpass. Cross the road and take the pedestrian street flanked by the Via Crucis chapels, and then take Via Conelli. Be careful to take the second alley on the left, Scalone Cairoli, which leads you out near the parish church, and therefore on the lakeside. Once on the lakeside, turn left to reach the Tourist Office. Beyond that, there is an interesting statue of a toad and, even further on, a small playground. The landing station is located in front of the tourist office. This is where you take the boat back to Stresa, by way of the Hermitage of Santa Caterina del Sasso on the opposite bank of the lake.

Not accessible to pushchairs due to the variety of terrain on this route.
If you wish, it is also possible to return by the same route. If you opt for the boat ride, before stopping in Stresa, you’ll be able to admire the wonderful Hermitage of Santa Caterina del Sasso and thus enjoy a short cruise on the lake.