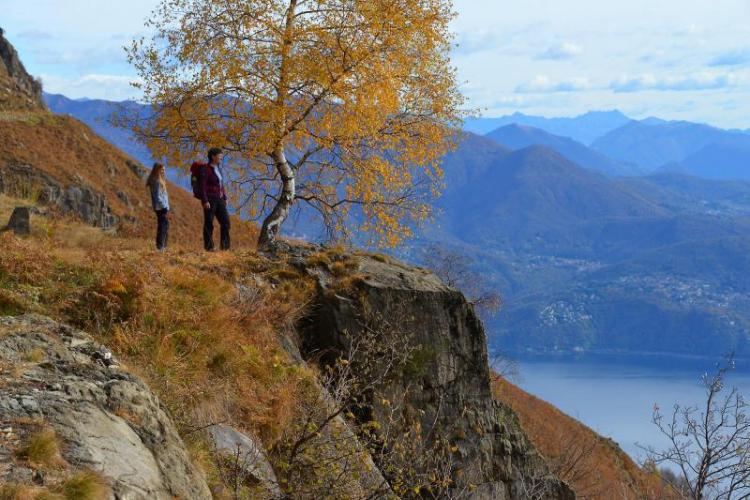 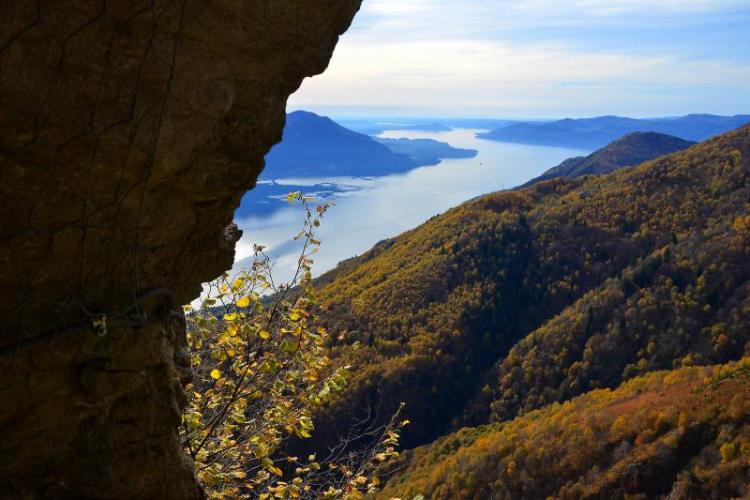 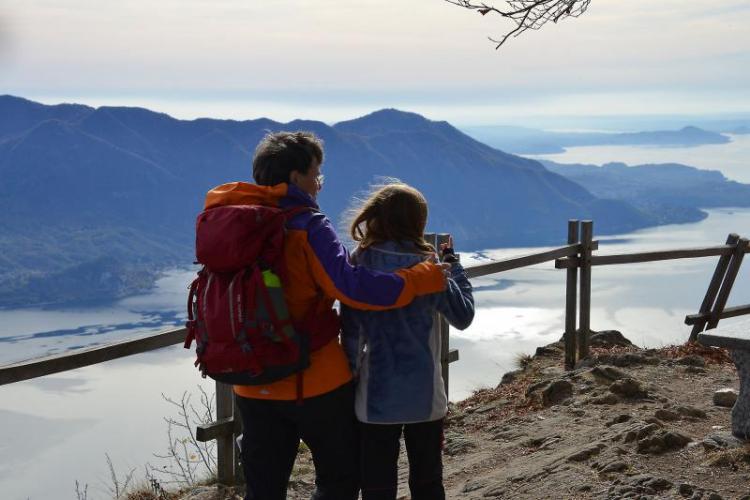 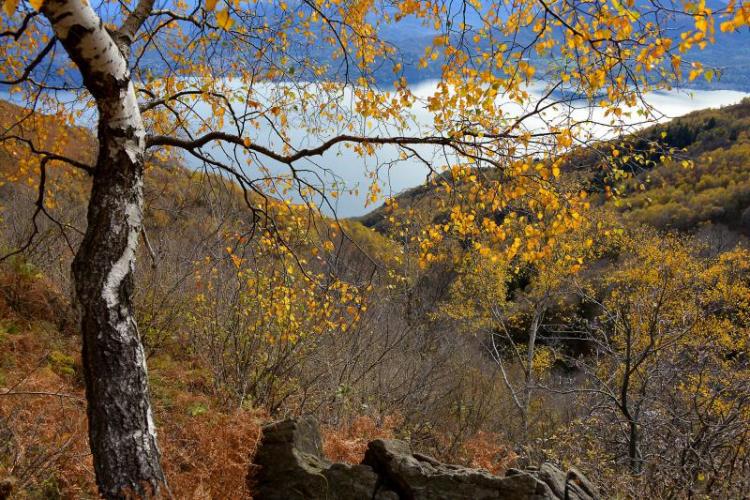 An easy circular path that leads to the discovery of the historic ruins of the Cadorna Line, with tunnels and stations in the cave freely accessible and a fantastic view of Lake Maggiore.

Take the asphalt road towards "Colle" passing next to the hospital and a restaurant bar but, just after a few steps, keep right, passing next to the fence of the hospital structure up to a barrier (signs say "Gallerie Monte Morissolo 0h45"). After the barrier, continue on a pleasant and large military mule track that goes uphill though it seems to be almost flat and leads towards Mount Morissolo passing, initially, through a beautiful beech wood.

Attention: the road is very wide but without protection, and since the beech grove is on an accentuated slope, be sure to keep an eye on lively little walkers.

The path is easy, because the wide mule track slopes gently (ignore all junctions that you meet leading away from the trail) passing from the pleasant beech grove to wide openings with spectacular views of Lake Maggiore, until you get to a small hill where there is a pool of water (not fit for drinking). Just beyond the pool, you will see a small rock station, but to see the interesting part, you must follow the road on the right that still continues flat for a short stretch, passes a bottleneck between the rocks and leads to the first of the tunnels. From this point, you will pass through tunnels dug into the rock alternated with open balconies on the lake, all with gates that must be carefully closed after passing through, to prevent them from becoming shelter for numerous goats that graze in this area. The third tunnel in which you enter is the end, and it winds like a labyrinth with different branches, but have no fear: all of the tracks lead to rooms (the cannon rooms) so you cannot get lost. You will not need flash lights or torches, because the lighting system allows you to visit the station safely, and even if the light should go out suddenly (this is a timed system), you only need a smart phone to light your way to one of the numerous switches.

The so-called "Cadorna Line" was a system of fortifications built along the northern border during the First World War (1915-18). It was never used, also because neighbouring Switzerland remained neutral, but it was built in the event of an attack by the Austro-Hungarian Empire through Swiss territory. This stretch of Mount Morissolo covered the Lombard shore of Lake Maggiore up to Locarno, and its cannons would have been able to launch heavy projectiles weighing 80 kg as far as 14 km.

The first tunnel on the right leads to a gate that, if you open it and go through, you will come out towards the lake. A steep stairway leads easily to an observatory situated in a panoramic position, with numerous slits to cover the territory more effectively.

Note: pay attention to where you put your feet inside of the observatory, which is not cleaned everyday...

Along this stairway, you will notice an arrow with the word "vetta" indicating a trail shortly before the observatory: this trail leads to the summit of Morissolo, but we do not recommend this track there are some exposed passages. You can reach the summit on an easier trail. After visiting the stations in the tunnel, back to the hill where you the fountain is located. From here you can climb to the summit of Morissolo on a steep trail (sign for "Monte Morissolo cima 0h15").

Warning: this trail has difficult steep stretches because of the numerous roots and the slippery sandy terrain. We advise you to undertake with it only with children who are skilled at hiking and with good weather.

At the top of the mountain, you will find a bench to enjoy the panorama and two panels that list the names of the peaks and the localities in view. The panorama is really great: stretching from Locarno to almost the entire Lake Maggiore on one side, while on the opposite side, it opens toward the Vigezzo Valley and the peaks of the Val Grande National Park. In this position, there used to be an open space for a small cannon that complemented the guns placed in batteries in the rock. A little further down, you will find a sub peak with three metal crosses (steep narrow trail). When you go to the usual hill, it is time to start the rest of the path that winds along a wonderful beech grove, shady and cool, the perfect place to go in the hot season, and a wonder for the eyes during the autumn.

Note: the tour proposed is circular, and comprises a stretch of about 2.5 km of asphalt road. If you do not intend to use that road, it is better to go back on the road you took at the start.

From the hill, now take the path (sign for "Colle 0h45") which runs flat a bit more to the right of the military road. The beautiful trail winds flat for a bit and then descends a little, and then climbs while always remaining inside the thick beech grove until you reach Colle (1238 m - fountain).

At Colle, you are at the edge of the Val Grande National Park and from here, there is a path that leads to Mount Spalavera (1534 m), along another portion of the Cadorna Line with some of the trenches.

From this point, follow the asphalt road towards the right. It is very scenic, and you will come back to your starting point (watch for cars).

The Cadorna Line
For the construction of fortifications of the Cadorna Line, women were also employed to carry water, cement and supplies. They were paid one lira and a loaf of bread per trip.
Centro Auxologico
This is a hospital known mainly as an important reference point and an excellent structure for research, care and rehabilitation of diseases such as severe obesity, eating disorders, disorders of growth and neurological diseases.

Accessible with pushchairs from the Centro Auxologico up to the hill in front of the tunnels. With a little effort, you can go inside the batteries with pushchairs (the gates are the bigger part of the problem). Everyone should avoid the climb to the peak from the observatory, because it is too exposed. On warm Sundays when there are many hikers, it is better to avoid going completely around on the stretch of asphalt road. In this case, it is preferable to go back on the same trail you took to climb Mount Morissolo.