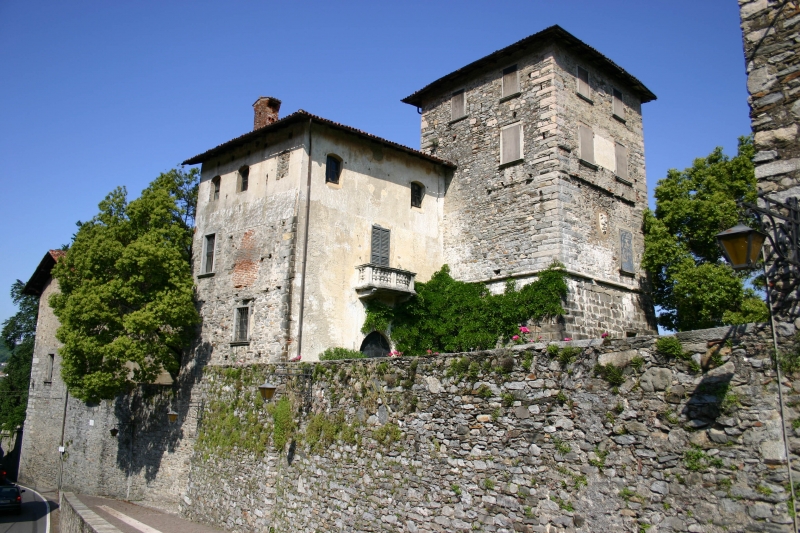 Originally Massino had two castles: the first, named “Castellaccio” was destroyed by Galeazzo Visconti in 1358. The actual castle was used more as posh residence as for defend. The real period of construction cannot be ascertained, but at the bigger tower there is a stone in direction to east which is written the date 1548. At the beginning the crown was squared of blackbirds, it had four towers but two were destroyed for widen it. The castle had a drawbridge, a moat and two steps that were connected to the city, and one of this was named the step for the prisoners: she had a trap that on the edge on a deep well were steel blades. These tortures were abolished by Carlo Emanuele the 4th of Savoia in 1797. The ancient betterments, degrading and terraces present an enchanting panorama which is surrounded from a garden to the lake.