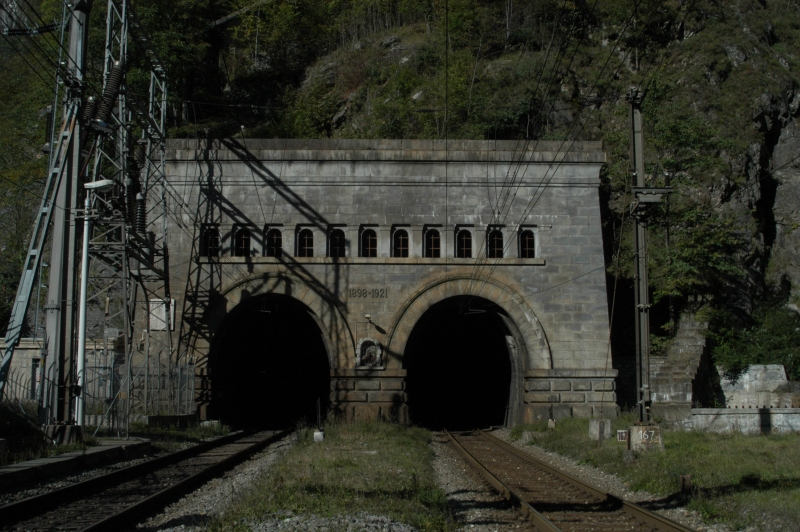 Simplon Pass (2008 m./6589 ft.) is a high mountain pass between the Pennine Alps and the Lepontine Alps in Switzerland. It connects Brig in the canton of Valais with Domodossola in Piedmont (Italy). The pass itself is, together with the first villages across the border such as Gondo, still in Switzerland. The Simplon Tunnel was built beneath the vicinity of the pass in the early 20th century to carry rail traffic between the two countries.
There has been a locally used passage through the mountains here for several centuries, but the pass acquired international significance during the Napoleonic occupation. Between 1801 and 1805 a road was constructed by the engineer Nicolas Céard at the direction of the emperor in order to transport artillery pieces through the pass between the Rhône valley and Italy. Since then, the pass has been usable by post carriages, replaced early in the twentieth century by post buses.