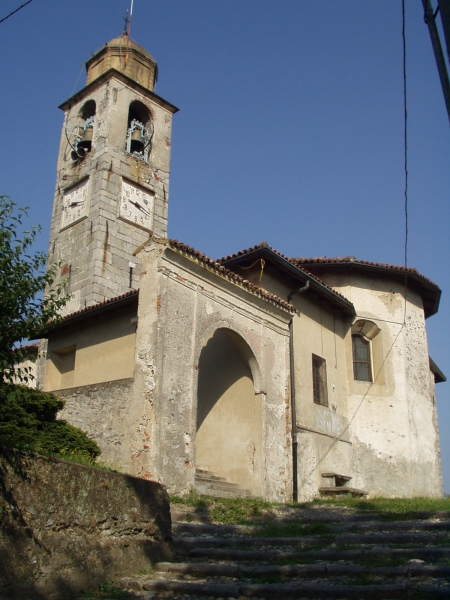 Already mentioned in a 1512 document reporting on its consecration by Bishop Litifreddo, this Romanesque parish church dedicated to the Assumption stands on a hill overlooking the town. Originally it had a single central nave, but through the centuries it underwent several restorations and readaptations, which contributed to alter its primitive aspect; in 1936, for example, were opened the two chapels on the side walls. Of the ancient church there remains the base of the tower, which around the XII century served as an outpost tower for the Lords of Arona; it was later incorporated and is now used as bell tower.