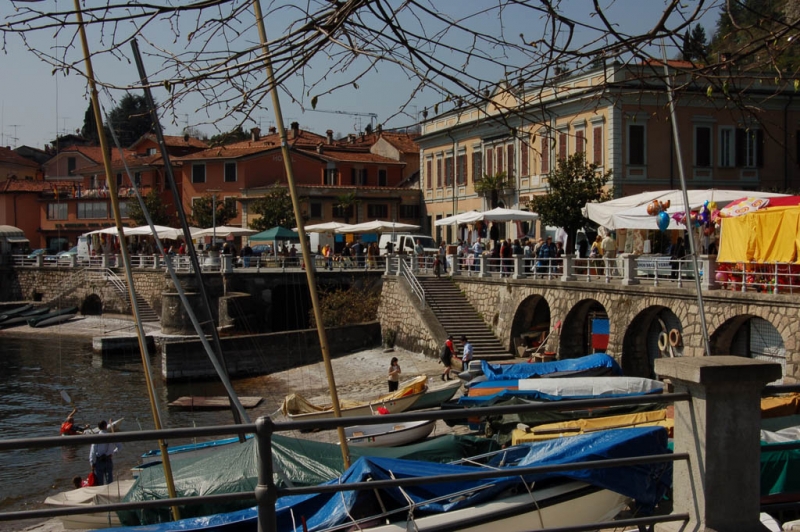 The villa, situated on the lake north, today is home to a bank. Built at the end of the eighteenth century, is a neoclassical style. Originally the building was presented with a facility in U: the two side wings were demolished in 1806 to allow the construction of state Simplon. The elegant residence housed for many seasons Alessandro Manzoni in the second wedding had married Teresa Borri, widow Press. Inside the palace was set up in memory collection of character, the Hall Manzoniana, where are collected drawings, objects, manuscripts belonged to the writer and his friends who over the years were hosted for periods of Homes.