Orta and Island of San Giulio 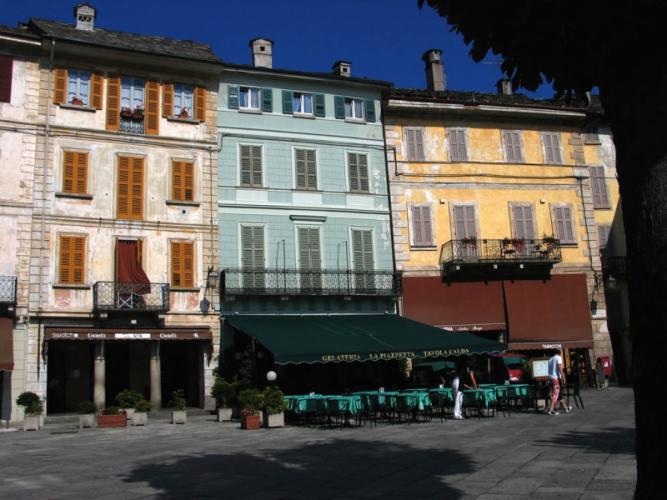 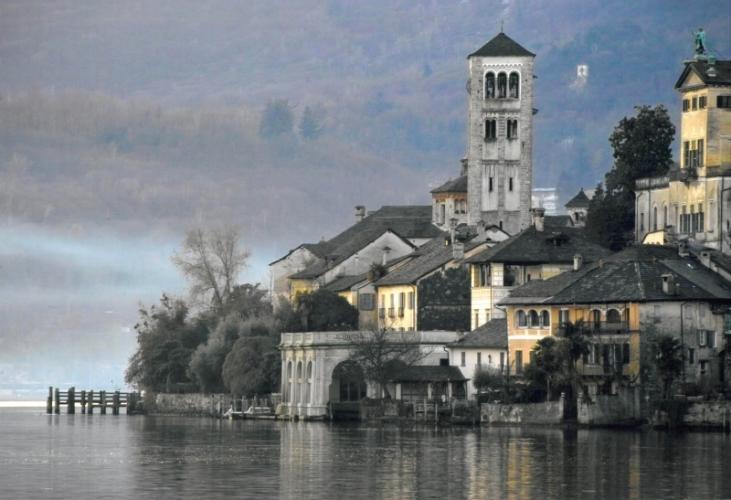 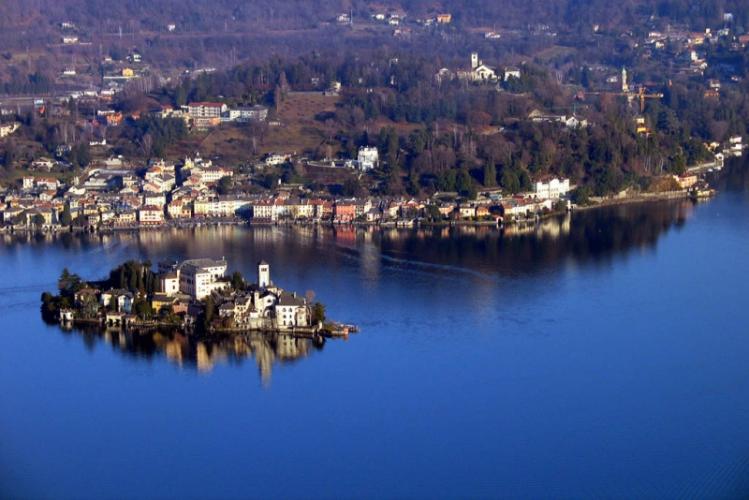 Magic is the word that best describes the atmosphere one perceives when strolling through the medieval village of Orta, a town rich of traces from the past with its striking buildings, baroque churches and ancient towers. At just a short ferry ride from the town is the Island of Saint Giulio with its Romanesque basilica, the mystic symbol of the entire lake.
The artistic and natural beauties making the island of Saint Giulio a unicum of its gender, the admiration and wonder it inspires at first sight cannot explain the mix of pride and reverence the Cusio inhabitants feel toward it.
The legend goes that this island, at only 400 meters from the shore of Orta, was once a rock inhabited by snakes and terrible monsters (probably symbol of the presence of heretic Arians) till 390, when Saint Giulio set foot on it: walking the lake waters on his cloak and guided by his staff through the storm, the Saint founded a church, where he was later to be buried, and transformed the island into the evangelization centre of the entire region.
We know now for sure that over the site where Saint Giulio’s original church stood, another church was built in the IX century, of which only the main apsis remains; furthermore in the early X century there existed a fortified structure surrounding the whole island, the castrum Sancti Iulii (Castle of San Giulio). During the battles to conquer the Italic kingdom, king Berengario II seized the island from the Novarese church; his wife, queen Villa, however, succumbed during the siege by the Germanic emperor Ottone I in 962. Guglielmo da Volpiano, the great reformer of the European monasticism, was born during the siege, with emperor Ottone himself standing to him as his godfather.
All through the Middle Ages the island was under the jurisdiction of the Church of Novara and was also for a long time the center of the civil, religious and administrative life of the Orta Riviera. All the kings and princes that followed one another through the time with their domain over the Novarese territory always upheld the bishop’s jurisdiction over the area, which then became the destination of numerous pilgrimages.
The ancient castle was demolished in 1842 and replaced by the new great seminary (there already existed another since 1582) and today nothing more remains of the ancient stronghold than a section of the outside walls.
On landing at the island the tourist is welcomed right away by a short stairway which leads to the suggestive Romanesque Basilica, definitely the most important attraction. The visit continues along a narrow lane winding in a circular direction through the entire island: it is called “the way of silence and meditation”, a suggestive combination of spirituality and architecture. Along the way we find the XIX Century old Palazzo dei Vescovi (Bishop Palace) and the Benedictine Abbey Mater Ecclesiae: inside this fascinating cloister the nuns, the only ones residing steadily on the island, dedicate their life to praying, studying, restoring ancient sacred paraments, making holy wafers and preparing “Saint Giulio’s Bread”.
The other buildings on the island, now mainly private properties, which in some cases still bear the name of a saint, were once the homes of the canons: one of the most ancient is Villa Tallone where prestigious concerts of classical music are held every year.
A cute little restaurant with a terrace overlooking the lake and a small souvenir shop complete the picture of the few facilities available to the tourists; on the other hand it is just such discretion that guarantees to the island a quiet and relaxing existence, such that it preserves that aura of mystic refuge from life’s adversities.