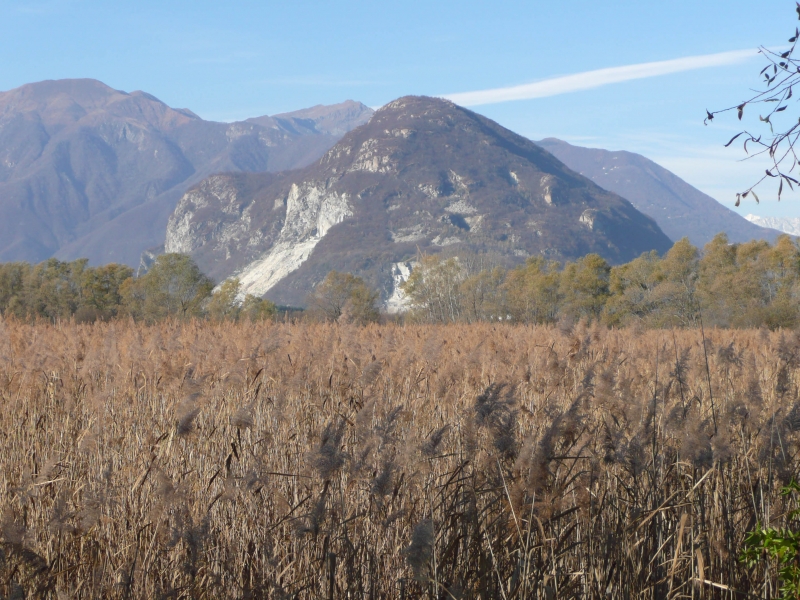 THE MARBLE AND THE QUARRIES
A land that tells all about stones
One thinks of Mergozzo and the mind wanders to the Ossola. Then when one thinks of the Ossola the first thing that comes to mind is stone. This is an indissoluble triptych. Here everything talks about stones and each and every stone talks about this land, of Mergozzo too.
On this land stone has been the means of livelihood for generations and generations, down in the quarries, in the open on Montorfano and in the gallery at Candoglia; just like the many workshops along the roads, symbols of the people of this land: the “picasass”.
Through the centuries the stone-cutters have written the history of Mergozzo sweating at their hard work, and their art still shines in the monuments, the portals, the architraves of doors and windows, on the balconies, on the streets and squares of the town.
The Candoglia marble
Candoglia is renown for its quarries of snow-white roy marble, from which, starting from 1387 on Duke Gian Galeazzo Visconti’s authorization, the Veneranda Fabbrica del Duomo di Milano has been mining the material for the Lombard cathedral. The marble, marked with the Aufa
Logo (ad usum fabricae ambrosianae) used to be embarked on the Toce river and trasported to Milan along Lake Maggiore and the Naviglio Grande.
The Montorfano granite
Green and most of all white: these are the prevailing colours of the granite of Montorfano. Ever since the Middle Ages the quarries hollowed, out along the slopes and the sides of the mountain, have for centuries yelded the granite stone used for construction and paving of churches and monuments. The solid, long lasting, fine and luminous Bianco Montorfano (Montorfano White) is still used and requested all over the world. The twelve pillars of the Lazret of Milan were realized in 1506 while the 82 pillars supporting the arcade of Saint Paul Outside the Walls in Rome were put up in 1830. Nowadays stone is not only a source of occupation, but it is also art as shown by the 30 m. long “Chain” by Giuseppe Lusetti, a work included in the Guinness Book of World Records..