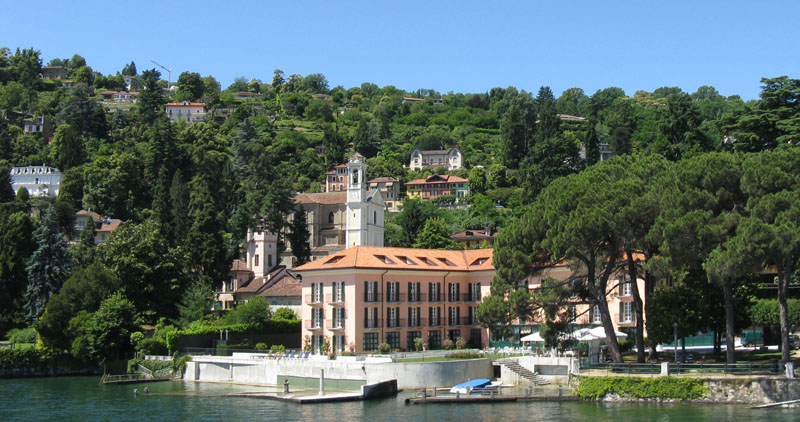 It takes its name from Madina, the ancient name of medieval origin which later came under the control first of the Visconti family and then of the Borromeo, of which many historical traces have been preserved.
Worth a visit from the impressive old center of the town, from Piazza San Carlo, winds along the narrow streets until reaching the central bank of the lake. It is suggested also the walk along the coastal road of the Simplon Pass, where you can admire the splendid nineteenth century villa, like Villa Eden, Villa Faraggiana, Villa Pasta "La Favorita", Villa Bedone, Villa Bonomi and Villa Fraone. These old houses, thanks to its gorgeous gardens where rare species of flowers and plants are cultivated, generate genuine interest and landscape beauty for the whole town of Meina. In particular Villa Faraggiana has collected over the years also authentic treasures of art and history, giving birth in the past to the personal zoological museum of the homonym and eccentric family who designed the villa and to which it owes its name.