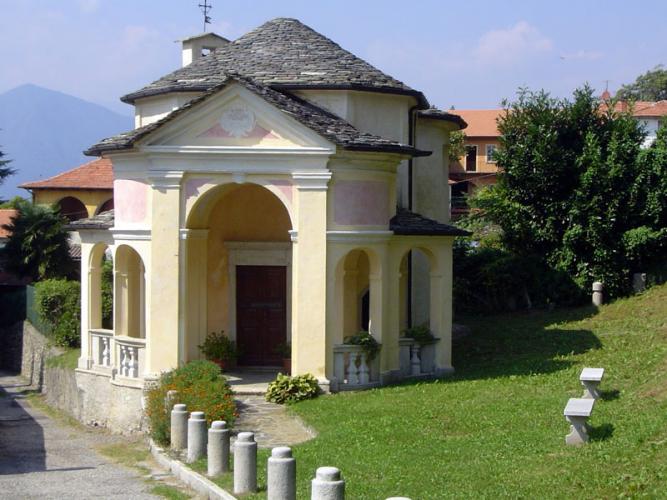 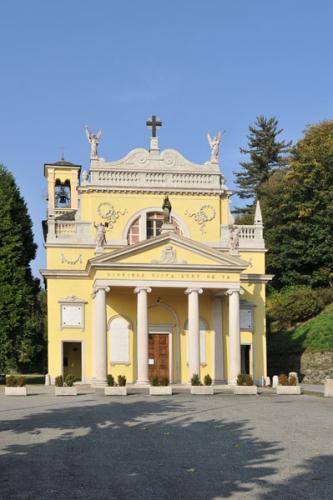 The shrine of Our Lady of Bocciola is placed in the wonderful green hills of the eastern part of Lake Orta, a height of 500 meters above sea level and in the municipality of Ameno.

The origin of this place of faith is to be found in an episode dating back to 1500. According to some writings of a an historian of Orta, May 28th of 1543, the Blessed Virgin appeared to a girl who kept the animals, appearing alongside a wild plum ( "Bud" in local dialect, hence the name of the Sanctuary).
Today, the site where the Virgin appeared, is the Sanctuary of the Madonna of Buds. The building is dated back to 1840. It has a neoclassical facade with four granite columns that support the entablature of the porch. The interior of the church is centred on a high dome from which branches off the apse with the altar in neoclassical white marble. The walls of the shrine were expertly painted by famous the painter Agostino Comerio from Como and illustrate episodes from the Old Testament.