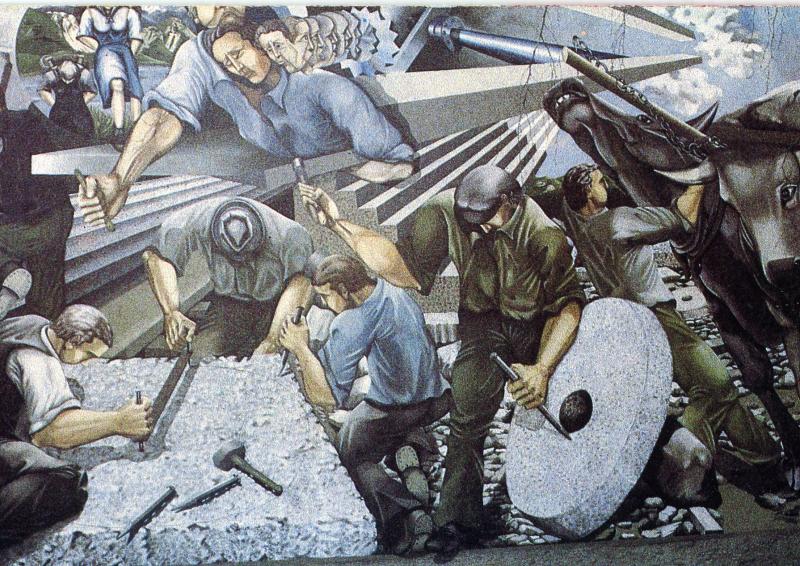 The wall painting in Matteotti Square of Baveno carried out in 1979 by Gilberto Carpo with the help of the students of the arts centre ‘Circolo Bavenese’ is dedicated to the Picasass, the stonecutters of Baveno, whose ability is world known since many centuries. Carpo, to develop the theme chosen by a popular assembly, used the testimonies of stonecutters in order to grasp the
complexity of their trade, both in its craftsmanlike and creative dimensions and in its evolution, represented at the top of the painting by mechanisms that create lines and geometrical forms, symbols of mass production. A photograph of the manufacturing of one of the columns of the Duomo of Milan was the starting point for the column that crosses the painting in perspective. Women are portrayed with the “gaula” (a sort of pannier) used to transport pyric powder. This painting is expression of the historical movement ‘New Italian Figuration’.