The Colossus of Saint Charles 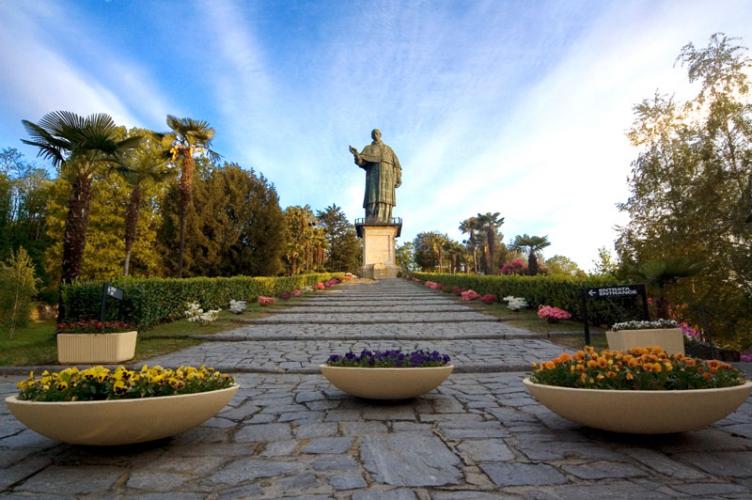 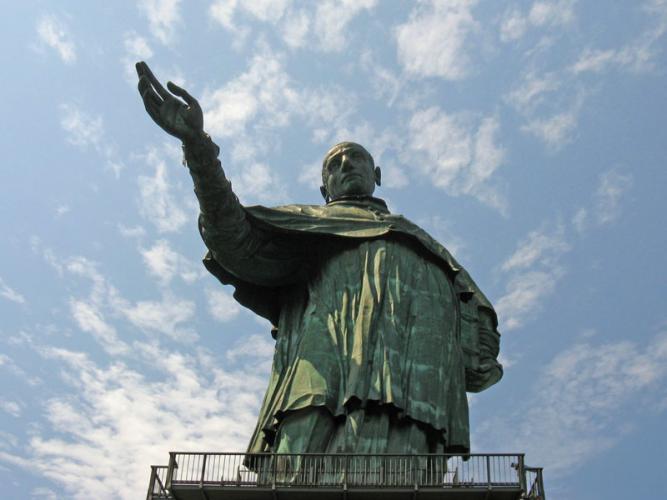 The Colossus of St. Charles, better known as the statue of San Carlone, is placed in the municipality of Arona, on the hills behind the town, overlooking the lake.

It’s dedicated to Carlo Borromeo, the Saint born in Arona in 1538.
The statue, originally foreseen in marble, was made of iron trellis covered in plates of copper. Placed on a stone base of which you can enter by a staircase 12 m high, the giant reaches a height of nearly 24 yards that led him to be the second highest statue in the world after the Statue of Liberty in New York. Inside it, to enable visitors to have access, it was created a guided path from the base of the statue, up at its top made with a little iron stairs and fixed courses. From here, looking out from the opening corresponding to the eyes of the statue, you can admire the landscape surrounding: the whole area of Lake Maggiore, the high Vergante and the territories bordering Piedmont and Lombardy.