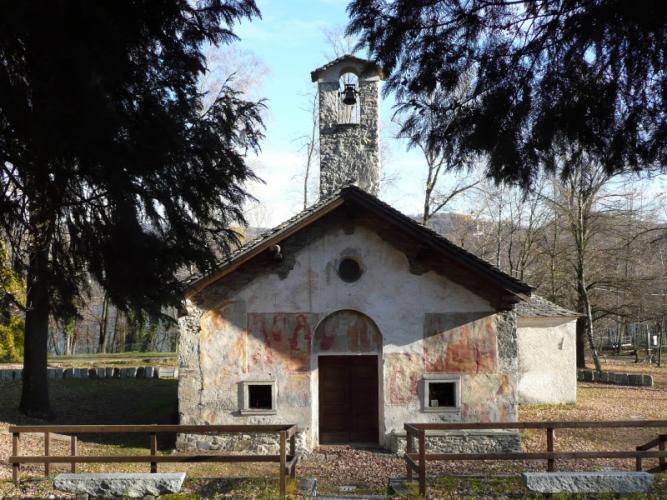 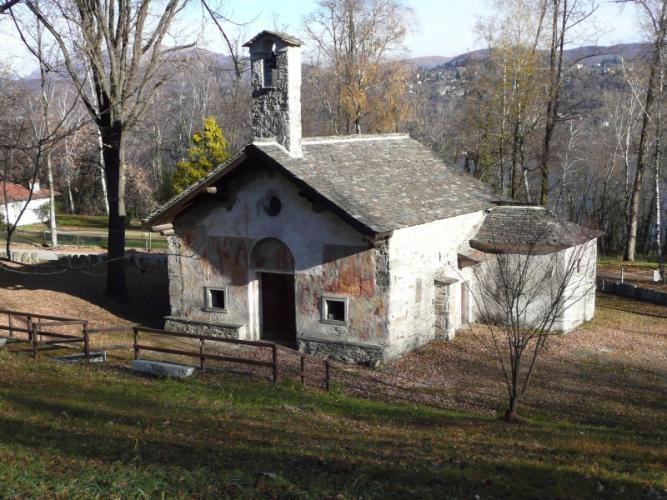 In a pleasant spot on the western bank of Lake of Orta, just two km. from Gozzano, along the road leading to S. Maurizio d’Opaglio, stands the little church dedicated to the Nativity of the Virgin Mary. The XI century structure opens into a single hall ending with three oriented apses; that’s probably why the church was known in the past as “Santa Maria delle Cappelle”(Saint Mary of the Chapels). It presents a cone-shaped façade and on the roof stands a bell gable. Splendid frescoes, some of which have been recently restored, can be admired on both the inside and the outside of the church.. The most suggestive of them is probably the one covering the back wall, above the apses, depicting a Crucifixion attributed to Francesco Cagnola, which was rediscovered following the 1997 restoration.. The frescoes on the façade, also attributed to Cagnola or to his school, represent a majestic Saint Christopher and then again Saint Julian, Saint Anthony the Abbot, Saint Rocco, an "Ecce homo", and in the lunette over the entrance an Annunciation and a Madonna on the throne with the Baby Jesus.