Church of the Holy Martyrs 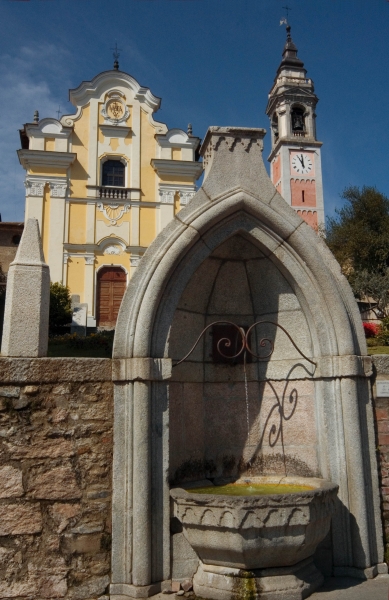 The church, dedicated to the Holy Martyrs Graziano and Felino, Fedele and Carpoforo, is situated in the upper part of the town. Already mentioned in the X century as part of the contemporary Benedictine abbey, through the centuries it was subjected to various reconstructions, the most important of which dates back to the end of the XV and XVI centuries. A flight of steps leads up to the church, whose façade is in baroque style while the interior, characterized by a single nave and four decorated chapels, is gothic. Quite precious is the painting situated behind the Main Altar and depicting the Virgin on the Throne surrounded by saints, by Ambrogio da Fossano, known as the Bergognone (1489). Among the various characters on the painting, kneeling on the right of the Virgin Mary can be seen the client, Abbot Calegrani.