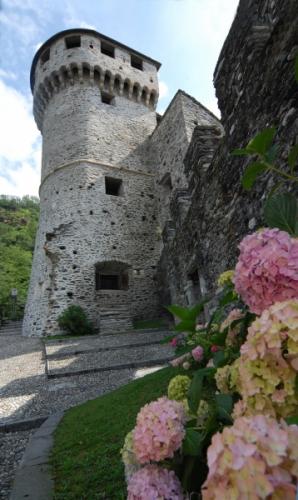 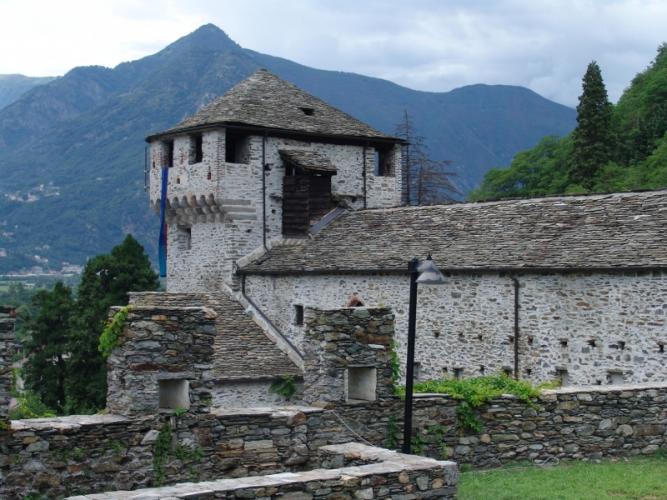 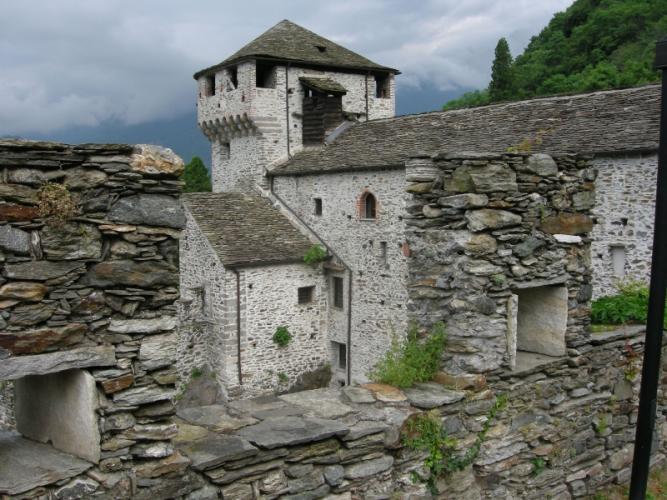 The castle was built in 1348 by Giovanni Visconti, Bishop of Novara and Lord and Archbishop of Milan and was designed to defend the small centre of Vogogna and the entire valley. Walls, enclosing the centre of the village were also built, to improve its fortification.
Today, there is almost no trace of this boundary wall, whereas the castle of the Visconti family, with its towers and typical battlemented walls, preserved its powerful medieval grandeur through time.

Located near the slope of the adjacent mountain, it dominates the entire ancient village and is the undisputed reference point. The architectural structure is simple, with an irregular plan, like all the Alpine castles, which had to adapt to the morphological features of the site.
The buildings that make up the structure were built in different stages, starting with the most ancient part, which seems to be the rectangular tower that delimits the main building towards the mountain.
At the opposite end there is the most typical part, namely the semi-circular tower with a scarp base dating back to the 15th century, defended by machicolations beneath the lookout area. This tower was joined to the walls that surrounded the village and to the pre-existing castle wall. The main entrance of the castle was later closed to the outside by another wall that transformed the area in front of it into the current internal courtyard. Access to the castle was therefore moved to the opposite part, on the side of a new enclosure set in a higher position.