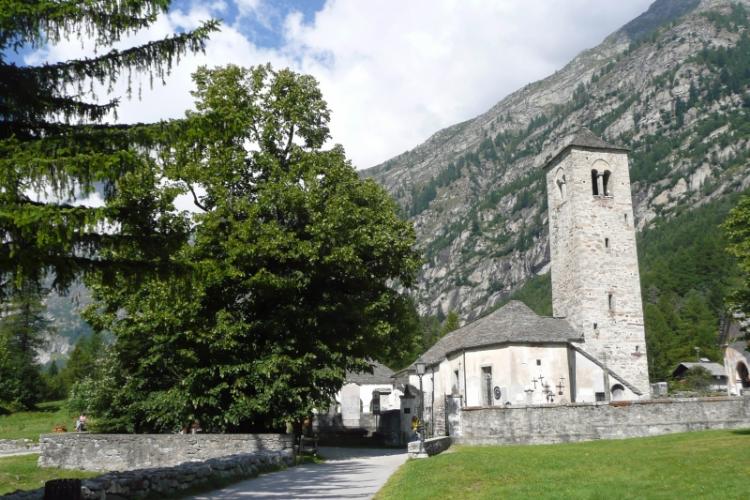 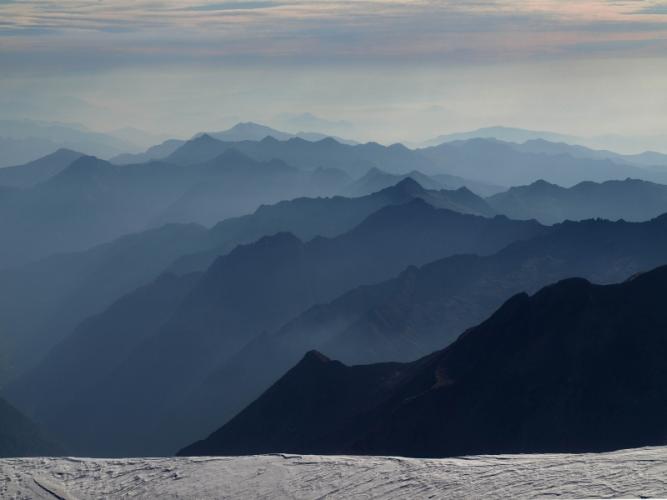 The Anzasca Valley leads up to the eastern face of the Monte Rosa, the "biggest" of all the Alps both for width than height (4365 m)
The valley starts at Piedimulera (248 meters) with its fiftennth-century Testone palace and fourteenth-century twin towers. Further up is Castiglione (519 meters) thougt to be one of the prettiest parts of "Stone -built Ossola" because of its buildings. Next comes Antrogna (665 m.) with its splendid eighteenth-century Parish church. After this is Pontegrande (526 m.) then Bannio Anzino (669 m.), one time capital of the valley. From here it is quite easy to drive up to Soi (999 m.) and then walk to Colle Baranca (1818 m).

After the Olocchia river is Anzino (679 m.), followed by Vanzone con S. Carlo (675 m.), Ceppo Morelli (750 m.) and Campioll (863 m.). From here a path leads up to Alpe Cortenero. At 1035 m. is Pastarena, know as "gold country," because of its mines which were used right up to 1961.
Then comes Borca (1195 m)to the left of which is the Quarazza Valley with its enchanting Fairy Lake. The Anzasca Valley ends at Macugnaga, right under the Monte Rosa

Church of Sant Nazaro and Celso

Mazzucone Ring – Walking in the Sky