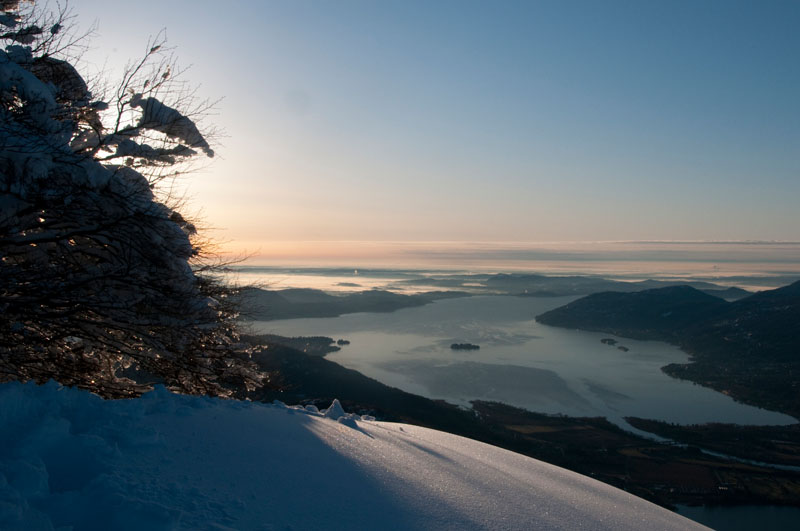 The largest Wilderness Area of the Alps (about 15.000 hectares) enclosed between Lake Maggiore and Ossola Valleys became a national park in 1992.
The European Wilderness Association declared Val Grande as the only area in Europe that completely maintains original environmental properties.
In Val Grande let’s find high mountains, alpine lakes and smaller valleys but also challenging paths and shelters used for housing or stabling in the past and now as accomodation to hikers. Nowadays villagers and pastures leave their place to wild nature (several are the plant and tree types there) and animals (i.e. chamoises, roes, deers, foxes and eagles).
Hiking or trekking are possible only with mountain guides. Visits best in spring, summer and beginning of autumn. Panoramic destinations are Faiè and Zeda mounts or, less difficult, the Piancavallone mountain dew. Starting points: Premosello Chiovenda in Ossola Valley or San Bernardino Verbano (Rovegro), Intragna, Buttogno and Cicogna on the hills above Lake Maggiore.

The Park is rich in past testimonies (for example in Verbano valleys: the ancient mountain pasture on Alpe Ompio up from Bieno, village of San Bernardino Verbano and the mule tracks near Aurano) and works of art (for example in Verbano valleys: the Romanesque bell tower in Bieno, the Madonna di Re Oratory from the 17th century in Oca, village of Cossogno, the Roman bridge towards Rovegro and the parish church with seven altars in Intragna).

Verbano valleys (Verbano Region)
In Cossogno water, nature element belonging to men’s essential goods, is well described in the "Acquamondo" Water Museum by means of aquariums, models and panels as well as of didactic laboratories (Info: Tel. +39 0324/87540).
In Intragna there is finally the Museum of Night Animals.

Read the blog of wellmaster